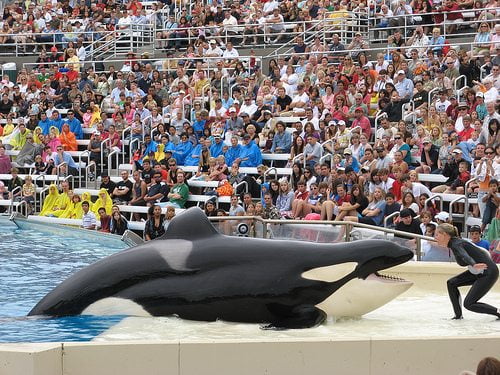 SeaWorld Entertainment, which operates marine parks in San Diageo, California, and Orlando, Florida, is facing an investor lawsuit amid claims it lied about the reason for a decline in attendance after documentary Blackfish was released.

According to the LA Times, Lou Baker, a shareholder in the company has filed a lawsuit seeking unspecified damages on behalf of other people who brought stock in SeaWorld in the last year. The lawsuit claims that attendance at the marine parks fell last year after the release of Blackfish, but SeaWorld falsely claimed it was attributed to weather and the timing of Easter.

It also alleges that SeaWorld lied about the treatment of animals within its parks, which artificially inflated the value of the company’s shares.

Blackfish was released last year and investigates the immorality of keeping killer whales at theme parks. It focuses in on one Ocra, Tilikim, which has been involved in a number of attacks on trainers and looks at how conditions may have contributed to the animal’s aggression. Tilikum is one of the Orcas at SeaWorld and the positively reviewed documentary led to criticism of the company’s ethics.

In the first three months of 2014, attendance at SeaWorld fell by 13%, with the decrease linked to the release of Blackfish. Over one million people signed an online petition aimed at forcing SeaWorld to release orcas from captivity earlier this year.

When the company announced its second quarter 2014 revenue, which was £24 million less than expected, shares plummeted by 33%. The news sparked SeaWorld to announce more than $10 billion (£5.15bn) in research and conservation projects.