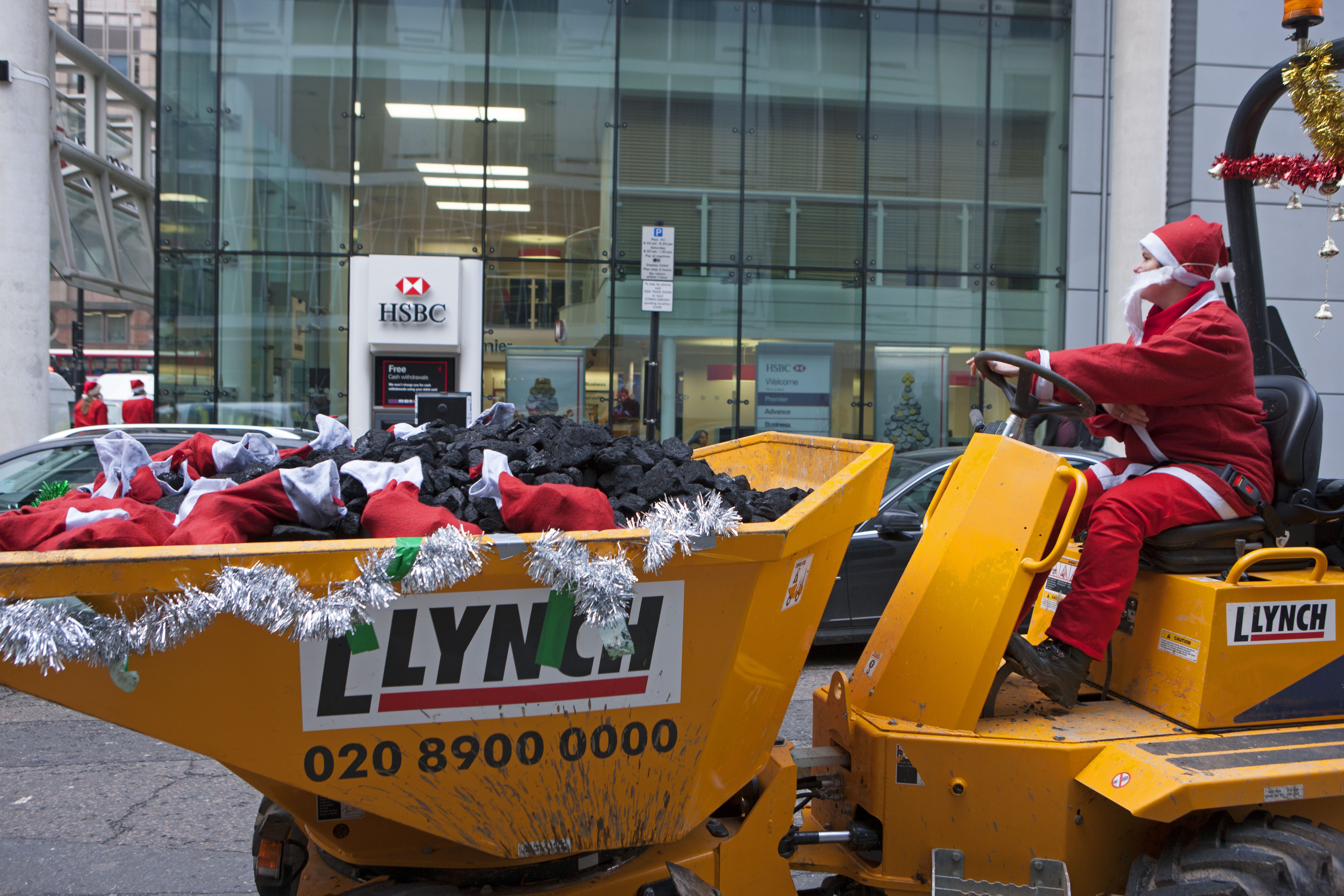 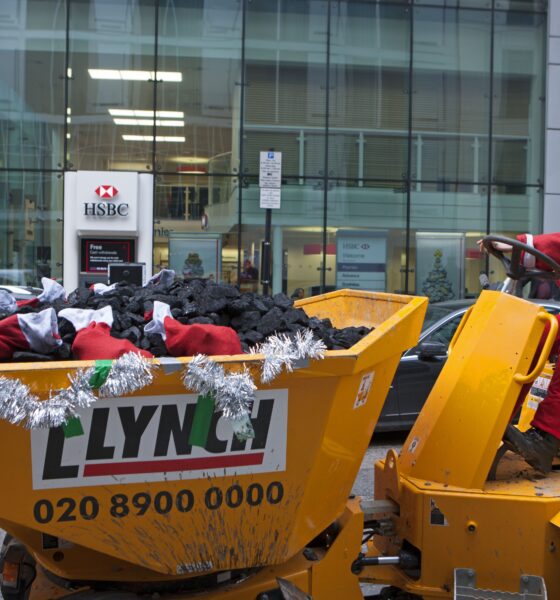 Twenty Santas have delivered a tonne of coal to high street bank HSBC, as part of the World Development Movement’s (WDM) protest against the financing of fossil fuels.

Between 2010 and 2012, HSBC underwrote more fossil fuel bonds and shares than any other UK bank, according to the WDM. The campaign group added that as a result, the bank has helped fossil fuel companies raise £75 billion. Mining companies Anglo American, Glencore-Xstrata and BHP Billiton have all received finance through the bank.

Nick Dearden, director of the WDM, said, “HSBC has been a very naughty bank this year, pouring billions into dirty fossil fuels, and ignoring the fact that if we want to avoid runaway climate change, we have to keep fossil fuels in the ground.”

The Banking on Coal report, released earlier this year by a coalition of European non-governmental organisation, ranked HSBC as the 15th biggest financer of coal worldwide. Between 2005 and mid-2013 the bank financed a total €2.5 billion (£2.1 billion) in the industry through underwriting and loans.

The three banks topping the list of commercial banks financing coal mining projects were Citi, Morgan Stanley and Bank of America. Collectively these banks have pumped over €21 billion (£17.6) billion) into the industry since 2005.