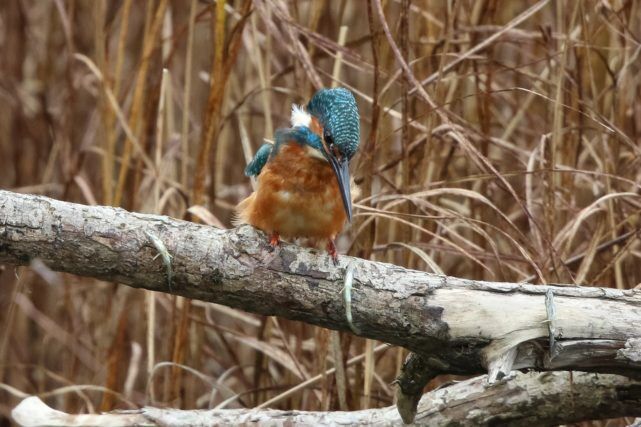 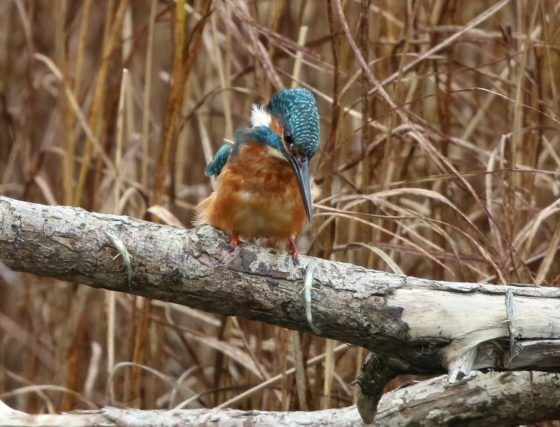 Mystery Images Of A Kingfisher In Montrose

An bizarre series of images which appear to show a kingfisher hanging sticklebacks out to dry has stumped wildlife experts.

Sticklebacks are common prey for the resident kingfisher at the Scottish Wildlife Trust’s Montrose Basin Visitor Centre and Wildlife Reserve, which kills the fish by striking them against its perch. This softens the stiff spines of the sticklebacks, making them easier to swallow.

However, the bird appears to have gone a step further by using the spines to pin three sticklebacks to its regular branch.

Anna Cheshier, the Scottish Wildlife Trust’s Angus Ranger said: “The kingfisher visits the reserve almost every day and can be easily seen from our hide. The photographer who took the images didn’t realise what he had captured until he took them into the visitor centre the following day.

“It’s hard to tell if the kingfisher has hung the fish on the branch accidentally or on purpose, but this is really unusual behaviour that no-one seems to be able to explain. We’d like anyone who has seen anything like this before to get in touch.”

Kingfishers are unmistakable birds due to their iridescent blue and orange colouration. They are found around lochs, ponds and rivers and rely on clean water to be able to dive for small fish and aquatic insects. There are around 5,000 breeding pairs of kingfishers in the UK.