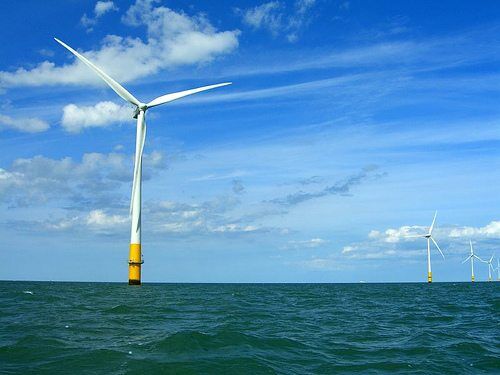 The £310 million redevelopment of Alexandra Dock by Siemens and Associated British Ports will create 1,000 jobs, 700 of which have already been filled by local people. The site, which is the size of 78 football pitches, includes a factory which will manufacture blades 75 meters long and a dockside plant assembling turbine towers 82 meters tall.

“It’s great to see a major international company building on Yorkshire’s proud manufacturing history. Siemens is one of many trailblazers investing in this sector right across the UK. Offshore wind developers are committed to maximising the amount of locally-made kit in their projects, to ensure that we all reap the economic benefits of renewable energy – including opportunities to export, capitalising on Britain’s global lead in offshore wind”.

“The offshore wind industry is bringing well over £20 billion in investment to the UK over the course of this decade, creating thousands of new jobs, from apprentices taking their first steps into high-tech, to experienced workers making the transition from the oil and gas sector into renewables”.

Within the last few weeks, JDR Cables in Hartlepool announced that it has won a major contract to design and manufacture subsea power cables for what will be the world’s biggest offshore wind farm, off the coast of East Yorkshire. In Belfast, Harland and Wolff secured a significant deal to supply steel foundations to a project off the Suffolk coast. MHI Vestas Offshore Wind on the Isle of Wight has announced it is recruiting 70 extra workers to manufacture turbine blades. CS Wind based in Campbeltown in Scotland is recruiting 160 more staff supplying turbine towers for Siemens as well as other international companies.