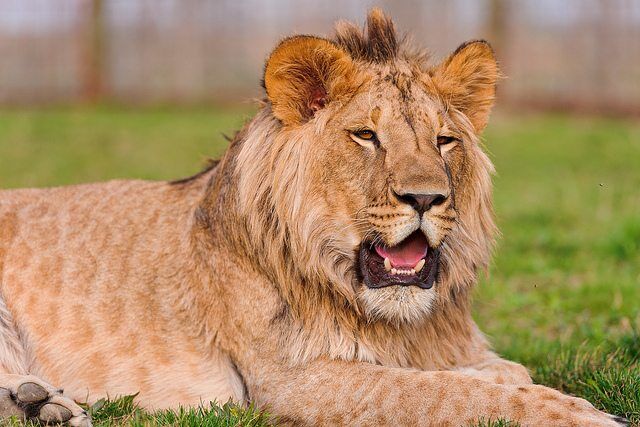 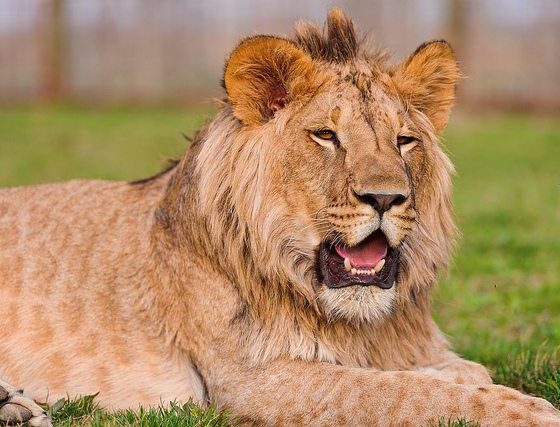 New Video Reveals The Suffering Of Circus Lions And Tigers

A new investigation by Animal Defenders International (ADI) into the living conditions of a travelling lion and tiger show, has exposed the suffering inherent with performing animal shows. The controversial act, ‘An Evening with Lions and Tigers’, is the last in the UK to feature big cats, an outdated practice which is overwhelmingly opposed by the public, has been barred by many local authorities and the government has promised a ban.

ADI captured 29.5 hours of undercover footage, recorded at the big cats’ accommodation in the Black country over a three day period between 7th and 9th September this year. The footage shows the animals displaying abnormal behaviour, indicating that they are not coping with their environment.

ADI Vice President Tim Phillips said: “Travelling shows are no fun for animals. Confinement and deprivation are endemic to this industry whether the act is touring or not. The government’s failure to fulfil its promise to ban wild animal acts has let down both the public and the animals it vowed to protect. The latest ADI evidence shows regulations have failed and that these animals are desperately lacking legal protection.”

The site where the lions and tigers are situated is next to a horse abattoir and sandwiched between 2 busy main roads, the M6 Toll road and the A5, with incessant 24 hours a day rumbling traffic noise.

Thomas Chipperfield, co-owner of the show, had been at this location for nearly a year, since his Welsh tour ended in November 2015. He withdrew his licence application under the Welfare of Wild Animals in Travelling Circuses (England) Regulations 2012 after a DEFRA inspection report found the indoor accommodation was not of sufficient size.

Chipperfield has since joined Italian circus ‘Circo Di Vienna’, leaving his animals behind, for a four month winter season, reportedly working with a tiger act. He intends to return to the UK with a new show in 2017.

The animals are confined for the majority of the time to their cages on the back of a truck, with restricted daily access to an outdoor exercise area. On one of the days observed, the lions were not let out at all.

Inside the truck, the lions and tigers are seen to pace back and forth continuously to relieve the stress and boredom – this is not just a transporter, it is their home. Such pacing is an abnormal, repetitive ‘stereotypic’ behaviour not seen in the wild, but commonly observed in circuses, and indicates compromised welfare.

The lions, Tsavo and Assegai, and tigers, Nadi, Syas and Altai, are shut behind heavy steel shutters at night. On one night the shutters came down at 8pm and were not opened until 10:10am the following morning.

During the period of observation, two dogs lived in the training ring.

Even when the animals are given access to the exercise enclosure, the tigers will often remain inside their cages, appearing institutionalised to the extent that they are reluctant to leave their familiar space.

34 countries around the world have introduced prohibitions on animals in circuses to date, with England, Scotland and Wales promising to ban wild animal acts.

The Federation of Veterinarians of Europe (FVE), has concluded “there is by no means the possibility that their [wild mammals in travelling circuses’] physiological, mental and social requirements can adequately be met.”

The British Veterinary Association concludes that “The welfare needs of non-domesticated, wild animals cannot be met within a travelling circus – in terms of housing or being able to express normal behaviour.”

As well as vets, the continued use of wild animals in circuses is widely opposed by animal welfare experts, animal protection groups, politicians and a huge majority of the public. In response to a government consultation by DEFRA, 94.5% of the public supported a ban.

Over 200 local authorities in the UK have prohibited wild or all animal acts on public land and opinion polls consistently show that the public remains overwhelmingly opposed to wild animal acts, with a high proportion against all animal acts.

Despite assurances from the circus industry that animals are well cared for, the physical and psychological health of animals in circuses is inevitably compromised. Animals in circuses can also be subjected to brutal training methods and violence – wherever ADI has conducted an undercover investigation in the UK and around the world it has documented acts of abuse.

Animal circuses do nothing to teach people about the animals’ real needs and the way they live, and have no role to play in education or conservation.