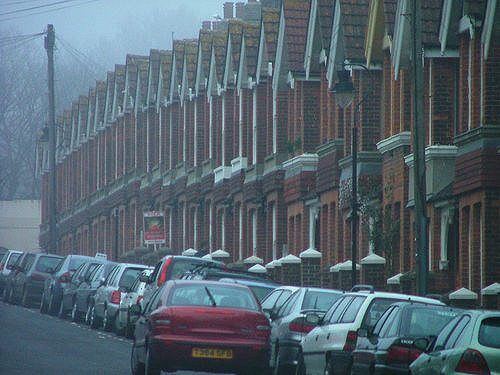 Resetting policy in the Autumn Statement could resolve this dismal outlook for living standards.

A tough economic inheritance of weaker wage growth, higher inflation and £12bn of planned social security cuts mean that the poorest half of households face flat or falling incomes over the parliament – unless the new Chancellor takes action in his Autumn Statement.

This is according to a new report published today by the Resolution Foundation.

Under New Management includes the first comprehensive assessment of the outlook for living standards that Theresa May’s new government has inherited.

It finds that the return to strong shared income growth enjoyed in recent years – led by surging employment and historically low inflation – is unlikely to be repeated in the coming years. The UK’s chronic productivity growth means that a return to widespread wage-led income growth is unlikely, despite large and welcome increases in the minimum wage.

Using the average outlook of independent economic forecasts, the Foundation finds that lower wage growth and higher inflation could reduce typical earnings by around £1,000 a year by 2020, relative to pre-referendum projections. Such forecasts carry huge uncertainty however, with much depending on the manner in which the UK exits the EU, and the labour market response to that process.

This already challenging outlook for living standards will be worsened further still by the £12bn social security cuts scheduled for this parliament, which will bear down most heavily on low and middle income working families.

The report shows that gains from the National Living Wage, income tax cuts and the offer of 30 hours free childcare do not come close to offsetting significant income losses from welfare cuts, with a net average takeaway of £500 (or 3 per cent of income) for families across the poorest third of households when all cuts are fully in place.

Together, the economic inheritance of the new government means that the poorest half of households are set to experience flat or falling living standards over the remainder of the parliament, unless action is taken. Income growth for higher income households is positive, but at less than 0.5 per cent a year is still weak by historic standards.

The Foundation says that the future of Britain’s trading relationships and wider productivity growth will be key to boosting living standards in the long run. But with the process of delivering Brexit likely to take at least until the end of the parliament, it notes that the Chancellor has the chance to make a more immediate impact on the living standards of ‘just managing families’ by revisiting some key policies in his upcoming Autumn Statement.

The report highlights four key welfare reforms that will bear down most heavily on living standards including:

• Cuts to work allowances in Universal Credit (UC). Reductions in the amount families can earn before their benefits are tapered away reduces incomes for working families significantly and weakens incentives to work, saving almost £3bn by 2020. The measure will reduce incomes in the poorest half by an average of 0.8 per cent when fully rolled out. The losses vary from family to family – a working single parent could lose as much as £2,800 from this measure alone.
• Four-year freeze in working age benefits. This freeze was expected to save £3.6bn by 2020 when first announced in Summer Budget 2015. However, the outlook for higher inflation means it is now expected to save £4.6bn, and reduce incomes in the poorest half by an average of 1 per cent.
• Removing the family element in UC. A straight £545 cut to all new families in the benefit system, saving around £0.6bn in 2020.
• Two-child policy. Limiting in-work support to two children and removing the family element of UC to all families will save £1.6bn by 2020.

With recent Resolution Foundation analysis showing that the Treasury is likely to face an £84bn borrowing black hole in his Autumn Statement, the Chancellor clearly faces difficult trade-offs between fiscal credibility and revisiting such significant benefit cuts.

However, the Foundation says that boosting work allowances in UC – at a cost of around £3bn – offers the most targeted way to support just managing families by boosting their incomes and restoring their incentives to find work. Support is particularly needed to boost the work incentives of single parents and second earners in couples.

Action to soften the impact of the four-year freeze – for example by increasing benefits in line with inflation next year – would help families in and out of work as it affects all working age recipients. It will also compensate for the fact that inflation is now forecast to be higher than when the policy was first announced.

Extra revenues to fund these policy changes could come from abandoning further cuts in corporation tax, saving £2bn, and scrapping above inflation increases in the personal tax allowance and higher rate threshold to save a further £2bn. With four-fifths of the gains from these income tax cuts going to the richest half of households – and the UK’s five million lowest paid workers seeing no benefit at all – the Foundation argues that there are far more cost-effective ways to support just managing families.

“The Prime Minister has rightly identified just managing families as a key priority for her new government. The first big test of this rhetoric comes in just a few weeks’ time when the Chancellor sets out the new government’s economic direction of travel in his Autumn Statement.

“The Chancellor inherits a tough legacy on living standards. The combination of long-term productivity failings, higher inflation, lower than expected wage growth and more immediate welfare cuts mean that millions of low and middle income households could face a parliament of flat or falling living standards.

“While making a success of Brexit goes well beyond the scope of the Autumn Statement, there is still plenty the Chancellor can do to make his mark on living standards. And by resetting fiscal policy he has created some crucial spending leeway that could be used to raise investment and boost household incomes.

“Reversing the damaging cuts to work allowances will boost incomes and increase work incentives, with women in particular benefiting from the extra returns to work. As millions of working families are set to move onto Universal Credit over the course of the parliament, this offers the best route to boosting the incomes and work incentives of just managing families.

“A new government gives the new Chancellor an opportunity to look ahead at the worrying prospect for just managing families’ living standards and do something about it by delivering a significant boost to living standards over the parliament.”