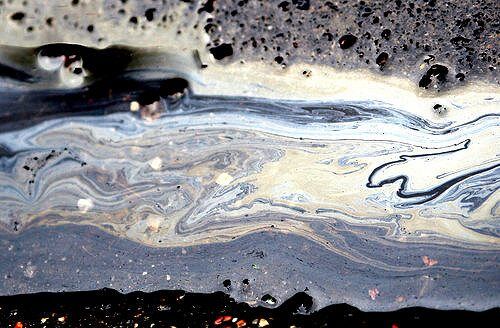 There will be a gradual rise in offshore oil and gas decommissioning in both UK and Norway over the coming decade, a new report suggests, with activity growing from a market worth more than £2 billion in 2015.

Decommissioning Insight 2016 was launched yesterday by Oil & Gas UK, the leading trade association for the UK offshore oil and gas industry, at an industry conference on decommissioning in St Andrews, sponsored by Aberdeen Harbour Board.

The report is the first survey of both the UK and Norwegian decommissioning markets and provides the most comprehensive picture to date of anticipated activity in these two countries between now and 2025.

It confirms that decommissioning is a growing, if still emerging, market, despite low oil prices continuing to challenge the economics of the more mature offshore assets around the North Sea.

Mike Tholen, Oil & Gas UK’s upstream policy director, said: “With low oil prices continuing, you might expect decommissioning to be a key focus for the sector in the years ahead, however we are not witnessing a rush to decommission.

“Different factors are at play and the picture is much more complex. Some companies are deferring cessation of production as field life has been extended by sustained efficiency improvements; others are delaying activity due to cash-flow constraints; while elsewhere, companies may be expediting decommissioning to take advantage of falling costs in the current downturn.”

While 52 new projects appear for the first time in this year’s report, most of these have been a long time in the planning. Over the next decade, there are more than 100 platforms forecast for complete or partial removal from both the UK and Norwegian continental shelves. Over 1,800 wells are scheduled to be plugged and abandoned and around 7,500 km of pipeline is forecast to be decommissioned.

Mr Tholen continued: “Of the estimated £17.6 billion of decommissioning expenditure on the UKCS over the next ten years, more than 50 per cent of this market will be found in the central North Sea.

“The UK’s supply chain will need to focus on developing a high-quality, cost-efficient and competitive decommissioning capacity to make the most of the opportunity and provide a range of goods and services that can not only be deployed in the UK but also exported overseas.”

Since the 2015 survey, unit costs of decommissioning appear to be falling, particularly for well plugging, abandonment and making safe. This is partly due to a market-driven response to the downturn as associated costs (such as rig rates) have fallen. The industry is also increasingly applying past experience to new decommissioning projects to positive effect.

Oil & Gas UK is working on the MER UK Decommissioning Board with the Oil and Gas Authority (OGA) and the Department for Business Energy and Industrial Strategy to develop new fit-for-purpose technical, commercial and operational solutions to lower the cost of decommissioning while maintaining high safety and environmental standards.

Mr Tholen added: “There could still be up to 20 billion barrels of oil and gas to recover from the UKCS. If the UK is to continue to gain the full economic benefit from its oil and gas resource, it is important that the industry continues to work with the OGA as well as with HM Treasury to attract fresh investment, avoid premature decommissioning, retain the critical infrastructure needed to access future reserves and ensure decommissioning is carried out in a timely and most cost-effective way.

“We are now working with HM Treasury to explore further avenues in its ‘Driving Investment’ fiscal strategy for the sector, including the possibility of transferring tax relief on decommissioning costs with the sale of assets.”