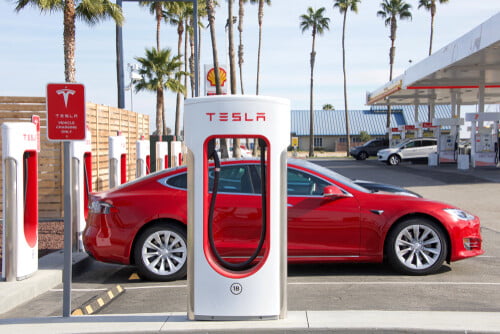 What Is Special About Tesla’s Global Plan?

There are a lot of businesses that are committed to fighting climate change. However, few of them have invested as much as Tesla. As part of Teslas’s global plan, the company has made a commitment to minimizing our global carbon footprint by 2030.

However, many people are curious what steps Tesla will take to deliver on its promise. They also want to know how the electric car company’s strategy will help boost its long-term bottom line. The impact of its strategy on its profitability is equally important, because if the company can’t be profitable then all of its efforts to fight climate change will be pointless.

In 2016, Forbes published an article claiming that Tesla could save the world. They believed that Tesla would be able to make significant strides in the fight against climate change. They have recently stated that the company hasn’t done nearly enough, which has forced them to refine their model.

Tesla is the part of the motor vehicle market which focuses exclusively on electric ones. The business approach by Tesla when entering the car production business was unique.

Tesla has had to change its business model in the process. They recognized that other companies have used dependable content marketing agencies such as WriterCheap to reach their customers. However, that hasn’t been enough on its own. They also have to make sure that their original product ideas align with market needs. Tesla has come up with great lines of electric cars. They ignored the normal trend that start-ups use, which is mass production of affordable fuel vehicles.

Since they did not enjoy any economies of scale, it was evident that in order to make a profit, they would have to sell the goods at a high price point. The company decided to take the risk of building a sports car. It was named the Tesla Roadster, and about two thousand five hundred were sold by the end of January 2012.

This unique strategy helped Tesla establish its brand in the market. The next stage involved the company reinforcing the model of business it had adopted. It developed a three-pronged system for servicing, selling and charging of the cars.

The difference between Tesla and other manufacturers is that Tesla offers direct sales to customers. This is unlike the franchise means used by the other companies. The galleries that contain the vehicles are owned by Tesla. This ownership of the channel allows Tesla to have an edge in development of the product.

The showrooms have no conflict of interest compared to other showrooms that host different cars. Since the clients only deal with the staff employed by Tesla, the customer experience is better than that of other manufacturers. By the end of 2017, Tesla had about three hundred and eighteen locations in different parts of the globe.

The second strategy involves the provision of services where Tesla has numerous centers that assist the customers. The clients can then use the areas to charge their cars.

In some parts, Tesla has mobile systems that offer technical services. They can deliver the charging operations at the homes of their clients. If there are problems, they can visit the houses and fix the cars from there. The new Model S has a feature that allows it to send data to the company. This means that they can view and correct some of the errors without having to go to the vehicle itself. The third strategy is the network of Superchargers that has been created by Tesla. At the stations, the drivers are allowed to charge their vehicles fully for thirty minutes. These services are provided for free. This is aimed at ensuring that people accept and adopt the vehicles quickly.

Tesla has not confined itself to only producing vehicles and selling systems for power trains. They also sell home batteries that enable people to store charges at their businesses or houses. Tesla has therefore created a model that allows it to bring out the compelling nature of electric cars.

Tesla has the potential to be a powerful advocate in the fight against climate change. Fortunately, they are addressing previous problems and helping mitigate these factors. Tesla’s global plan could make for many positive changes.