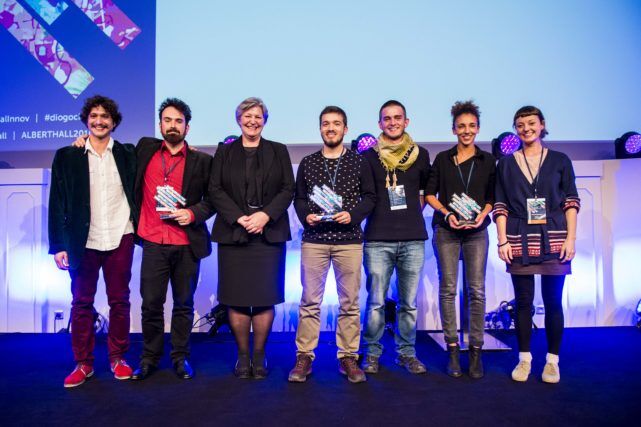 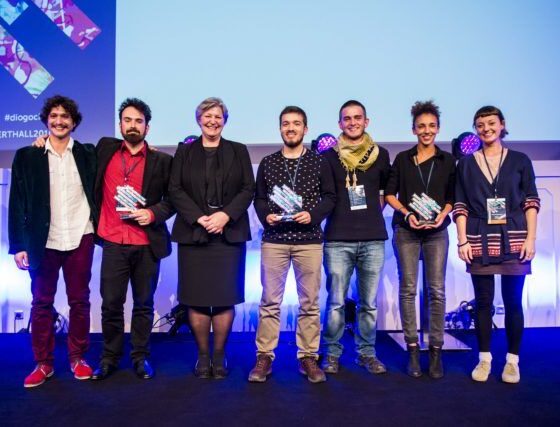 A €150,000 Integrated Futures prize will be shared among organisations from Germany, Turkey and Spain aimed at addressing integration and reception of refugees and migrants in Europe. Plus 2015 Competition semi-finalist fighting food waste wins additional €50,000 Impact Prize

CUCULA, The Machine to be Another, and Project Virtuous Triangle have been announced as the winners of the 2016 European Social Innovation Competition. Selected from a total of over 1,000 applicants from 36 countries, the projects were each awarded a €50,000 prize at the Awards Ceremony in Brussels on 27 October this year.

This year’s theme ‘Integrated Futures’ sought ideas with the potential to address the reception and integration of refugees and migrants in Europe, enabling them to contribute to the social, economic, cultural and political life of their host countries.

German winner CUCULA is a practical workshop and an educational program created for and together with refugees and migrants in Berlin. It designs, manufactures, produces and sells products based on the concept of the Italian designer Enzo Mari, providing technical qualifications with focus on furniture production. It also runs an education program that includes German language classes, legal advice and additional support with CV writing, job applications, and daily life in Germany.

The Machine to be Another, a cultural diversity and virtual reality experience sharing project from Spain is designed to recreate, replicate, and share experiences so that someone can see themselves in the body and experience of a refugee. It uses a pre-recorded audio ‘narrative’ to create a story, and shares these encounters 360 virtual reality technology. The project aims to create stations of archived narratives from refugees and migrants all around Europe and the world in schools, libraries, museums and other cultural institutions.

Project Virtuous Triangle from Turkey matches primary school children from Syria with young Turkish students, alongside a university age ‘coach student’ for tutoring, mentoring and language sharing. The project helps combat segregation in Turkey and means refugee children are more likely to be able to learn Turkish, attend school, and eventually get a job or open up other future opportunities. The project aims to increase its partnerships including private enterprises, government, schools, and other social innovators to promote community cohesion and solidarity from a young age.

Each of the semi-finalists and finalists have shown amazing potential to make a difference for refugees and migrants arriving and living in Europe.

“It was a true privilege to be a member of the jury in the 2016 European Social Innovation Competition. Each of the semi-finalists and finalists have shown amazing potential to make a difference for refugees and migrants arriving and living in Europe, so selecting three winners was not an easy task.”

“I am proud of all of the projects and their journey throughout the competition, from the coaching and mentoring at the academy, to creating their detailed business plans and strategies to develop and grow their ideas. I congratulate the winners for their achievement, and look forward with inspiration and hope to see the collaborative impact of Integrated Futures.”

In addition to the Integrated Futures winner, the European Social Innovation Competition also awarded a fourth ‘Impact Prize’ of €50,000 to Love Your Waste, a French social enterprise fighting food waste, that demonstrated a significant measurable impact since taking part in the Competition in 2015- ‘New Ways to Grow’.

Love Your Waste works with canteens in companies, schools, and hospitals, collecting biowaste which is transformed into renewable energy. Since April 2015 they have recycled over 137 tonnes of food waste as well as carrying out extensive education programmes to help people understand and prevent waste. The judges were impressed by the double impact of the project – both environmental and social, as well as the organisation’s robust business plans.

Organised since 2012 in memory of Portuguese politician and social innovator Diogo Vasconcelos, the European Social Innovation Competition runs with a new theme each year, focused on addressing a different issue in Europe.

The three 2016 winners and the 2015 Impact Prize winner were each awarded with a prize of €50,000 at the awards ceremony in Brussels on 27 October.

For full details of the competition please visit: bit.ly/2016diogochallenge