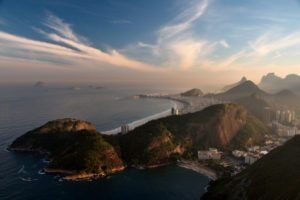 An an international level, Brazil projects an image of openness and tolerance, where expressions of sexuality during Carnival are encouraged. Yet when it comes to gay, lesbian, bisexual, trans and intersex people’s daily lives, Brazil can be one of the world’s deadliest places.

According to Grupo Gay da Bahia, nearly 1,600 people have died in hate-motivated attacks in the past four and half years. An LGBTI person is killed almost every day. Brazil’s culture of machismo paired with nearly a quarter of Brazil’s population being evangelical Christian and very outspoken in their opposition to homosexuality, creates a hotbed of violence and discrimination toward LGBTI people.

MRI’s report on “Poverty of LGBT people living in Rio de Janeiro” shows that poverty affects the LGBT community as much as the rest of the community. However, when poverty is combined with multiple forms of discrimination, such as gender, race, class, sexual orientation and/or gender identity, it creates a reality of socioeconomic inequality which severely affects the LGBT population.

“Low income LGBT people in Rio experience discrimination across several aspects of their lives – such as employment, education and family – and additionally, they face regular violence and abuse, at times extreme, such as murder.” says Lucas Paoli, MRI’s project manager.

“In a period of economic and political crisis, actions like MRI’s offer a lifeline to many LGBT people who would otherwise be left behind” says Sebastian Rocca, MRI’s CEO. “On this occasion we celebrate the determination and the courage of 20 LGBT people who chose to fight discrimination and to take their future into their own hands,” continues Mr Rocca.

We celebrate 20 new small businesses, from plumbing to sushi catering to online recruitment, we could not be prouder.

“I already had Concreto Rosa but I had no idea how to manage it, and only with MRI’s training did I learn how to organise my business. It was worth dedicating my time for this opportunity, which made me grow professionally and personally. Today, thanks to everything I learned from Micro Rainbow International, my work has expanded and the demand for my service has grown”, said MRI’s beneficiary Geisa Garibaldi, owner of Concreto Rosa, a company of electrical and hydraulic repairs.