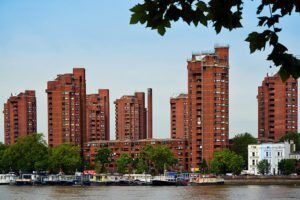 According to the Resolution Foundation, fewer home owners and rising costs in the private rental sector mean that millennials will have spent £44,0000 more in rent by the time they reach 30 compared to baby boomers.

The analysis, published ahead of the launch of the Resolution Foundation’s flagship Intergenerational Commission on Monday, highlights an alarming drop in home ownership over recent decades that has reduced living standards for the young and led to a further concentration of wealth among the old.

The analysis shows that baby boomers – those born between 1946 and 1965 – were the main beneficiaries of the growth in home ownership over the 20th century, with close to two-thirds (63 per cent) owning their own home by the age of 30. However decades of falling housebuilding and rising house prices have reduced home ownership for subsequent generations. Around 60 per cent of generation X owned their home by the age of 30, falling to 42 per cent of today’s millennial generation.

This shift away from home ownership has left many more millennials renting privately and has coincided with a sharp increase in the cost of renting. The analysis finds that millennials spend almost twice as much on rent as genXers did at the same age, who in turn spent twice as much as the baby boomers before them.

Combining the downward shift in home ownership with the rising cost of renting, the analysis finds that millennials have spent £44,000 more on rent than the baby boomers by the time they reach 30, and £25,000 more than generation X.

With half of all non-commercial or institutional rental income going to baby boomers, the Foundation says that the growth of generation rent is a key reason why questions of intergenerational fairness are rising up the national agenda.

The Foundation welcomes Theresa May’s acknowledgement of Britain’s ‘housing deficit’ in a speech earlier this week, where she said that unless action is taken “young people will find it even harder to afford their own home.”

It says that a major housebuilding programme is likely to find support across the generations, contrary to popular perception, and points to findings in the British Social Attitudes Survey that baby boomers’ support for homes being built in their local area has almost doubled in recent years, from 29 per cent in 2010 to 56 per cent in 2014.

“The nation’s housing crisis is perhaps the most visible example of growing inequality between generations.

“Young people today are paying a heavy price for decades of falling home ownership. The struggle to get on the housing ladder has left many of today’s millennials renting, at a time when it has become more expensive to do so. Millennials have had to spend £44,000 more on rent by the time they reach 30 compared to the baby boomers.

“Britain’s continuing failure to build enough homes means that unless we change course the struggle of young people to own their home is only going to get worse.

“The good news is that older generations are just as concerned about young people’s struggle to own their home, and support for housebuilding is growing across all age groups. A sustained programme of housebuilding to cut Britain’s ‘housing deficit’ would send out a clear message from the incoming Prime Minister that she is committed to repairing the social contract between generations.”