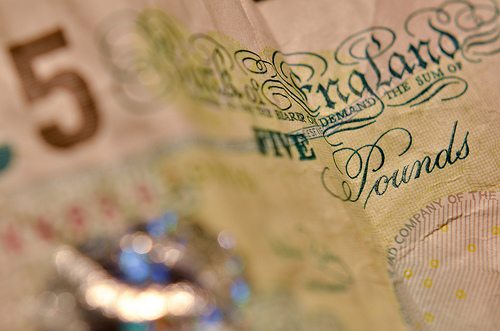 As the Bank of England embarks on a new era under Mark Carney, some have contested its decision to remove Elizabeth Fry’s image from £5 notes, leaving women unrepresented on British currency.

Conservative MP Mary Macleod, who is chair of the all-party parliamentary group for women, said it is “completely unrepresentative of the role that women have played and continue to play in our country’s history.

“The symbolism of having no women on our banknotes leaves a chasm where there was once inspiration.”

In April, Carney’s predecessor at the Bank of England Sir Mervyn King announced that a picture of Churchill would replace the one of Fry, the only woman portrayed on banknotes at the time.

He said, “Our banknotes acknowledge the life and work of great Britons. Sir Winston Churchill was a truly great British leader, orator and writer. Above that, he remains a hero of the entire free world.”

Macleod said she was disappointed by the decision and called on Carney, who has been in his new job for a week, to ensure that banknotes portray both males and females British figures.

The new governor replied, saying he will work to ensure that the figures on sterling notes are diverse. He will discuss the matter with colleagues in July.

In an effort to push along the process, a petition has been launched to keep women, other than the Queen, on banknotes.

“An all-male line-up on our banknotes sends out the damaging message that no woman has done anything important enough to appear. This is patently untrue”, the petition says.

“We call on the Bank of England to reverse this decision, and not add another straw to the establishment weight on the shoulders of young women telling them that they will amount to nothing – after all, their mothers, grandmothers and great-grandmothers didn’t. Why should they be any different?”