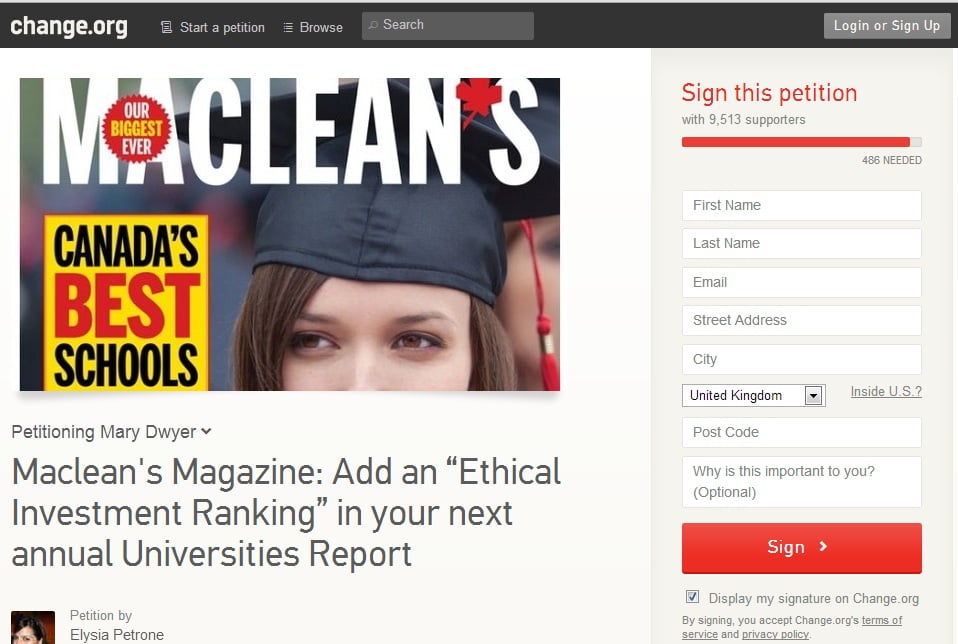 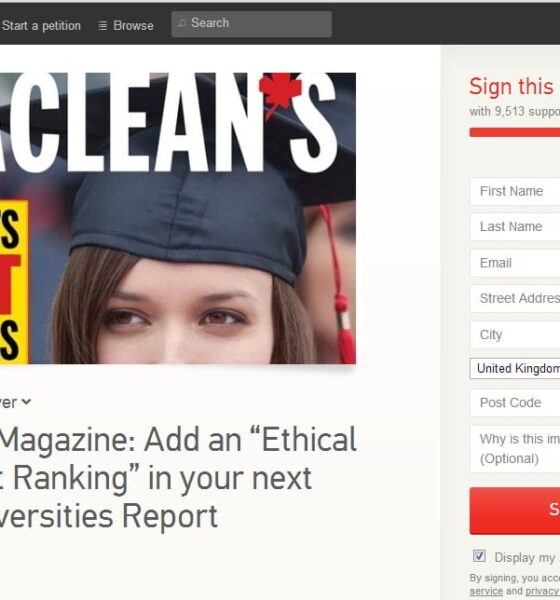 Nearly 10,000 people have signed an online petition to urge a Canadian magazine to include an ethical investment ranking in its annual university guide, in the hope that institutions will reconsider some of their investments.

The petition, which appears on Change.org, is aimed at Maclean’s – a weekly publication in Canada that publishes a yearly ranking of universities in the country.

Institutions are currently scored on several criteria, including their finances, reputation and facilities, but the Change.org petition calls for the ranking to take the sustainability of their investments into account, too.

“Canadian universities are proud to claim they are on the cutting edge of sustainability education and research to solve global problems”, it reads.

“However, together Canadian universities are investing billions of dollars in unsustainable and unethical industries we think students would have a problem with.”

It cites fossil fuels, mining, tobacco and weapons as some of the areas currently being backed by universities across the country, along with companies with questionable human rights and child labour records.

The Canadian petition adds, “Due to mounting public pressure, universities have divested from tobacco, and some universities are starting to look into ethical investment. Students have the right to know how their future university is investing its money.”

Students in the UK can see whether their universities have boast an ethical investment criteria in student campaigning network People & Planet’s Green League – which the University of Greenwich topped most recently.