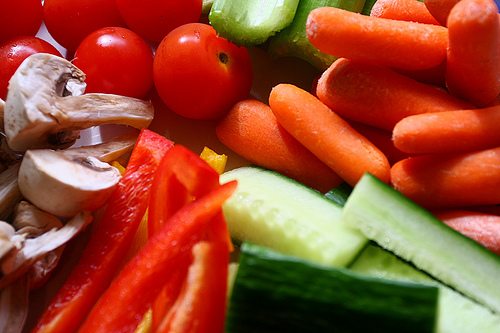 Research from University College London (UCL) has suggested that eating seven or more portions of fruit and veg a day would reduce health risks by 42%. Scientists have therefore argued that the current five-a-day target encouraged by the government is too low.

The study, published in the Journal of Epidemiology & Community Health, collected data on 65,226 people in England from 2001 and 2013. It found that eating seven or more portions of fruit and vegetables reduces the risk of cancer by 25% and the risk of heart diseases by 31%. Eating three to five portions only reduces the risk of death by any cause by 29%.

Dr Oyinlola Oyebode of UCL’s Department of Epidemiology and Public Health, lead author of the study, said, “We all know that eating fruit and vegetables is healthy, but the size of the effect is staggering. The clear message here is that the more fruit and vegetables you eat, the less likely you are to die at any age.

“Vegetables have a larger effect than fruit, but fruit still makes a real difference.  If you’re happy to snack on carrots or other vegetables, then that is a great choice but if you fancy something sweeter, a banana or any fruit will also do you good.”

The study suggests that the government’s campaign for eating five-a day should be ramped up and changed to mirror Australia’s 2+5 campaign. This means two 150g portions of fruit and five 75g portions of vegetables – the equivalent in the UK of 8.5 portions.

Oyebode added, “However, people shouldn’t feel daunted by a big target like seven. Whatever your starting point, it is always worth eating more fruit and vegetables.

“Anything that could increase the accessibility and affordability of fruit and vegetables would be very helpful, such as working with corner shops to make sure they stock them.”