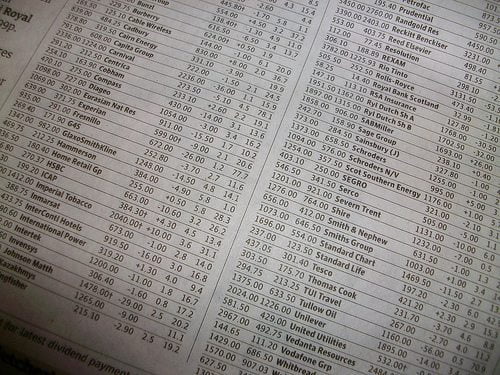 The highest paid employees at FTSE 100 companies earn more from 24 hours of work than their average co-worker gets in a year – around £26,500 – according to the High Pay Centre.

The thinktank said that on Wednesday, bosses from the top companies in the UK will have already earned more than the average salary for 2014. It branded the day ‘Fatcat Wednesday’, meaning that the average executive earns around £1,100 an hour.

Calculations suggest that FTSE 100 chief executives earn around £4.3m on average each year, whilst the average UK worker has to work a full year to earn their three-day salary.

The High Pay Centre also estimates that whilst the wages of ordinary workers have remained stagnant, executive pay has increased by around 74%.

The director of the High Pay Centre Deborah Hargreaves said, “‘Fatcat Wednesday’ highlights how insensitive big company executives have become. When top bosses take home more in two-and-a-half days than the average worker earns in a year, there is clearly something wrong with the way pay is set for both bosses and workers.”

The figures are likely to add a fresh spin on the debate over workers’ pay after a report by KPMG, published in November suggested that one in five workers are being paid less than the living wage.

Sports Direct, which sits on the FTSE 100, was exposed by the Guardian as one of the companies exploiting part-time workers by using zero-hour contracts, with many on the minimum wage for their age bracket.

It also seems that the trend is not limited to only the top 100 UK companies; it also emerged in November that directors’ pay had increased by 14% among the top 350 performing companies in the UK.

The emergence of news about some top firms paying employees less than the living wage led 13 major investors to talk about the benefits of doing so. They said living wages help achieve “longevity and productivity”.

Catherine Howarth, CEO of the charity ShareAction, said, “A living wage means people can afford food, heating and a safe place to live. With the cost of living rising and many more working families struggling, this is no longer an issue that businesses can ignore.”