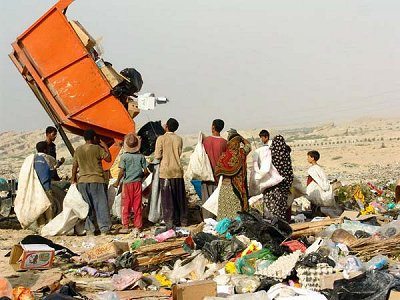 In a letter sent to prime minister David Cameron, the former wife of Nelson Mandela, Graça Machel, archbishop Desmond Tutu and U2 frontman Bono, said 2015 should be a year of international development, as rising inequality will lead to future conflicts.

The letter comes as a warning, as it states that not even the rich will be able to protect themselves from conflicts deriving from increasing levels of poverty and global instability.

All signees call on Cameron to take the lead on an international UN framework agreement on climate change in 2015, as well as securing a tighter agreement on UN millennium development goals.

The letter states, “A growing insecurity caused by unequal access to increasingly scarce natural resources leads to tragic conflicts from which nobody – no elite, no matter how rich – can hide. This is an entirely plausible outcome of a complacent business-as-usual approach to 2015.

“Which world do you want to live in by 2030? Which world it will be depends upon the decision you make in 2015, and the preparations we make for it now.”

Worries surround the current lack of inactivity from the UN and other global leaders in fulfilling previous goals regarding climate change and global stability. Campaigners argue that 2015 is a vital year in turning around a fairly relaxed attitude towards climate change, and that time is running out for any real developments to be made.

The letter comes on the anniversary of Mandela’s birthday, and calls for a global movement to unite development – including climate and human rights campaigns – in order to fulfil a unified agenda that benefits all.

This comes in the form of Action/2015 – which is currently supported by hundreds of campaign groups, including Amnesty International, Save the Children and religious organisations like the All Africa Conference on Churches, to be launched in January 2015.

The letter continues, “The good news is a global movement is coming together for 2015 and the future, inspired by the words of Nelson Mandela: ‘Like slavery, like apartheid, poverty is not natural.