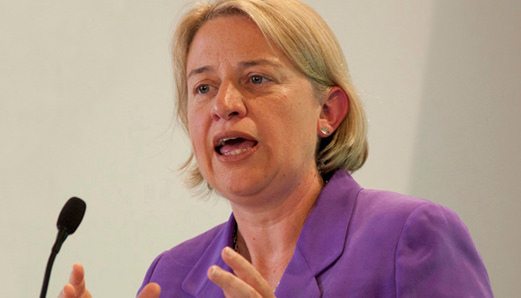 The Green party has pushed the Liberal Democrats into fifth place ahead of the European election on Thursday, according to the latest poll of voting intentions.

The ComRes survey, conducted for the Independent on Sunday and Sunday Mirror, said 7% of people are “absolutely certain to vote” for the Greens, compared to 6% who said the same for the Lib Dems.

UKIP came out top in the poll, with 35% saying they would support the party, followed by Labour and the Conservatives, which gained 24% and 20% of the public’s support respectively.

Tom Mludzinski, head of political polling at ComRes, said if the poll results were replicated in the election, it would “send shockwaves through Westminster”.

The policies, particularly around fracking and clean energy, are likely to be having an impact on the Green party’s support. A survey published last month, found that over two-thirds of Britons would choose to live near a wind farm over a fracking site and the Greens are the only political party to have said it will take action to stop fracking.

In contrast, the government is considering letting fracking firms’ drill on private property without permission by changing the trespass law, a move that is opposed by 74% of Britons.

Speaking to the Financial Times, Caroline Lucas, the Green party’s former leader and only MP, said, “If the [government] thinks onshore wind farms are unpopular because of their landscape intrusion, then they’ve seen nothing yet. [They] have massively underestimated how much there will be a backlash [to fracking].

At this year’s European election, the party is looking to increase its number of MEPs from two to six.