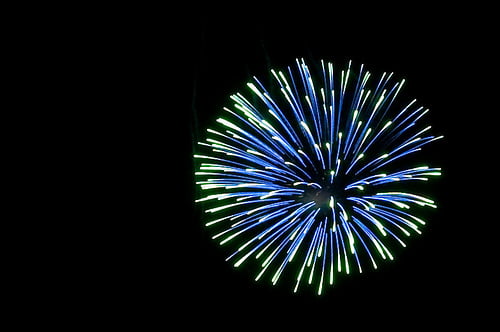 It’s a yearly tradition rife with ethical and environmental issues, but for over four centuries now, we’ve celebrated Bonfire night on November 5.

Four hundred and six years ago tomorrow, a group of English Catholics led by Robert Catesby and the now infamous revolutionary, Guy Fawkes, planned, and ultimately failed, to blow up the Houses of Parliament – specifically, the reigning monarch, Protestant King James I.

Every year since that historic day in 1605, we have celebrated the fact that Catesby and co. were unsuccessful in their attempts to assassinate the head of state by burning bonfires, lighting fireworks and making Guy Fawkes effigies – activities which are neither ethically, nor environmentally favourable in modern society.

Yet still, without fail, millions of people around the UK take part in a tradition which has only relatively recently begun to provide cause for concern, especially as emission-recording technology improves.

A 2006 report into dioxin emissions, a harmful, primarily human-produced gas, by the Department for Environment, Food and Rural Affairs (Defra) found that “bonfires around the Bonfire night celebration have been identified as being responsible for as much as 14% of emissions to air”.

Moreover, fireworks don’t do much good for the environment either. They might look good, providing the crowd with a few ‘oohs’ and ‘aahs’, but each Catherine wheel, Roman candle and rocket provide a lot of noise and air pollution.

“Attending a properly organised event rather than having one at home can help reduce emissions, along with walking and car sharing to the event and making sure that – as ever – you turn off all your lights and appliances when you leave your house”, he said.

“If we all take up these simple steps in our everyday lives it will completely eclipse the emissions from Bonfire night.”

From a different standpoint, there are around five million Catholics in Britain – making up a twelfth of the total population. Although the real meaning of Bonfire night is irrelevant nowadays amongst the majority of the population, the fact is at the crux of it, the yearly celebration is an anti-Catholic celebration.

The British Humanist Association disagreed that burning Guy Fawkes effigies would be seen as heretic, stating that Bonfire night could teach us a thing or two about religion.

“It is good and important for people to have joint celebrations which bring together communities but where the original reason might be something we find unacceptable or unbelievable today”, a spokesperson told B&GT last year.

“It is also important to discuss why, ethically, things like religious persecution are bad.”

Similarly, Father Paul Hardy, communications officer for the Bishop of Northampton, said, “The Catholic Church does not condone the violence that Fawkes was planning, even in pursuit of a deeply-held ideal.

“No-one is harmed when a Fawkes effigy is burned, and it doesn’t cause Catholics any grief. It’s just a pity that the burning of Fawkes doesn’t remind people that there is still in our society discrimination against Catholics and others.”

Regardless of the environmental or ethical damage the event creates, B&GT hopes your Bonfire night celebrations are green, and that you stay safe and look after your pets, but most of all, enjoy the celebration.