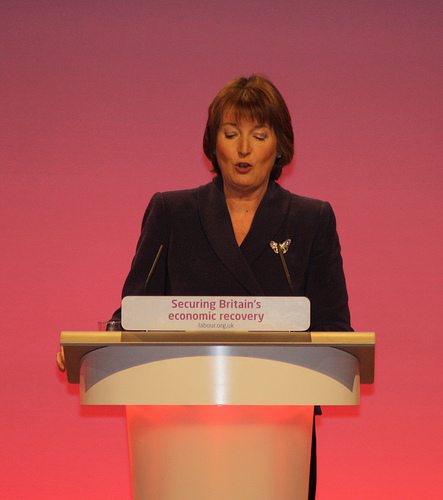 Deputy leader of the Labour party Harriet Harman has hit out at the Daily Mail over what she calls a “politically-motivated smear campaign” against her.

The newspaper claimed that the National Council for Civil Liberties (NCCL), which Harman worked for between 1978 and 1982, was linked to a group that lobbied “for the right to have sex with children”.

The NCCL did grant “affiliate” status to the Paedophile Information Exchange (PIE), but this was before Harman joined.

In a post on her official website, she said, “[The Daily Mail has] accused me of being an apologist for child sex abuse, of supporting a vile paedophile organisation, of having a relaxed attitude to paedophilia and of watering down child pornography laws. These are horrific allegations and I strongly deny them all of them.”

Harman, the MP for Camberwell and Peckham since 1997, told the BBC’s Newsnight that it was “ironic” that the Daily Mail had made such accusations when the newspaper was “not above producing photographs of very young girls, titivating photographs, in bikinis”.

Taking to Twitter on Tuesday, she posted a photo of a Daily Mail article that showed images of US television personality Courtney Stodden as an “innocent 12-year-old”. She added, “When it comes to decency and sexualisation of children, would you take lessons from the Daily Mail?”

The comedian and writer Graham Linehan pointed out in 2012 that searching “all grown up” in the search bar on DailyMail.co.uk brought up a number of questionable results – primarily of teenage female stars, often scantily dressed.

Lord Justice Leveson led an investigation into the culture, practices and ethics of the British press in 2012. The themes surrounding the inquiry were covered in Blue & Green Tomorrow’s Guide to Responsible Media 2012.

Harman is the latest politician to criticise the Daily Mail over an article it had published. Ed Miliband’s father Ralph was described as “the man who hated Britain” in an article in October. The Labour leader said he was “appalled” when he read the article, adding, “I’m not willing to see my father’s good name be undermined in this way.”

A number of high-profile names, including several senior Conservatives, called for Daily Mail editor-in-chief Paul Dacre to resign in the days after the piece was printed.

The Daily Mail’s latest scandal raises questions about the moral and social responsibilities of the press. In a fascinating TED talk recently, award-winning filmmaker Lord Puttnam argued that the media has a “duty of care” to create informed citizens.