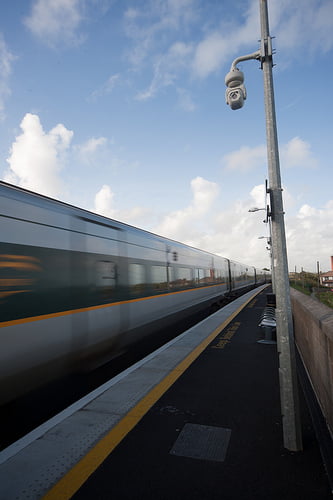 New details of the controversial £32 billion high-speed rail network, HS2, have been unveiled by the government today.

The second phase of the development will see lines built connecting Birmingham, Manchester, Leeds and the East Midlands. This follows phase one, which will join Birmingham with London and reduce journey times by up to half.

In an interview with the BBC this morning, the chancellor George Osborne said HS2 would be “the engine for growth in the North and the Midlands of this country”. It’s estimated that some 100,000 jobs will be created during the process.

But the updated plans have been met with criticism from campaigners, who, while not against rail development overall, see the project as a costly and unnecessary outlay.

“[We’re] firmly of the opinion that the whole HS2 project is fundamentally flawed”, said Penny Gaines, chair of Stop HS2, a campaign against the proposals.

“It should be cancelled as soon as possible, so that we can concentrate on developing the transport infrastructure that will bring more benefits to more people than a fast train for fat cats.”

Many others seem to hold this viewpoint. Speaking to Blue & Green Tomorrow in February, Campaign for Better Transport chief executive Stephen Joseph said he “would like to see [HS2] form part of a national rail strategy that benefits all public transport users and not just those travelling on the line itself”.

The development of rail infrastructure is one of the most urgent requirements in transforming Britain’s transport network onto a sustainable footing.

Network Rail’s plan to invest £37.5 billion over the next few years goes some way to achieving this, but the fact that phase one of HS2 won’t be completed until 2026 (with phase two ready by 2032), the government is arguably falling short of what is required in the immediate future.