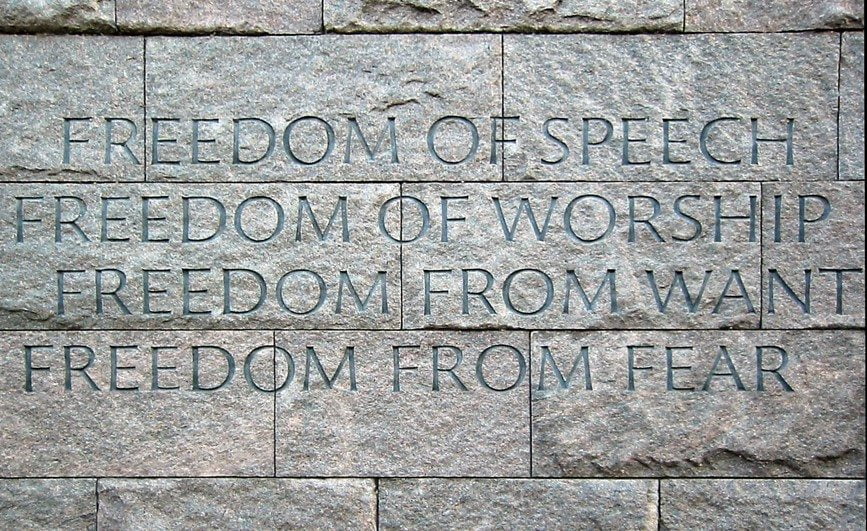 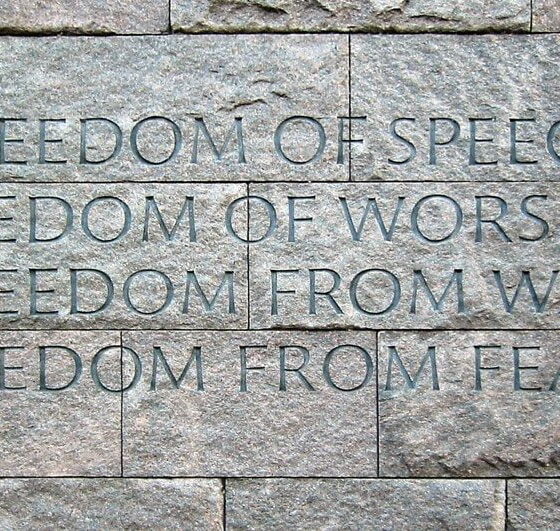 Human Rights Day is observed every year on 10 December. It commemorates the day on which, in 1948, the United Nations General Assembly adopted the Universal Declaration of Human Rights. In 1950, the Assembly passed resolution 423 (V), inviting all States and interested organizations to observe 10 December of each year as Human Rights Day.

2015 is the 800th anniversary of Magna Carta. Eight centuries on from Magna Carta and 67 years from the adoption of UNHDR, never has the fight for universal human rights been more important. The event celebrates the four fundamental freedoms that people “everywhere in the world” ought to enjoy, as set out by United States President Franklin D. Roosevelt on January 6, 1941:

This is the UN Secretary-General, Ban Ki-moon’s Message today:

“Amid large-scale atrocities and widespread abuses across the world, Human Rights Day should rally more concerted global action to promote the timeless principles that we have collectively pledged to uphold.

“In a year that marks the 70th anniversary of the United Nations, we can draw inspiration from the history of the modern human rights movement, which emerged from the Second World War.

“At that time, President Franklin D. Roosevelt of the United States identified four basic freedoms as the birthright of all people: freedom of expression, freedom of worship, freedom from want and freedom from fear.  His wife, Eleanor Roosevelt, joined forces at the United Nations with human rights champions from around the world to enshrine these freedoms in the Universal Declaration of Human Rights.

“Today’s extraordinary challenges can be seen – and addressed – through the lens of the four freedoms.

“First: freedom of expression, which is denied to millions of people and increasingly under threat. We must defend, preserve and expand democratic practices and space for civil society. That is essential to lasting stability.

“Second: freedom of worship. Around the world, terrorists have hijacked religion, betraying its spirit by killing in its name. Others are targeting religious minorities and exploiting fears for political gain.  In response, we must promote respect for diversity based on the fundamental equality of all people and the right to freedom of religion.

“Third: freedom from want still plagues so much of humankind. World leaders in September adopted the 2030 Agenda for Sustainable Development with the aim of ending poverty and enabling all people to live in dignity on a peaceful, healthy planet. Now we must do everything possible to realize this vision.

“Fourth: freedom from fear. Millions of refugees and internally displaced persons are a tragic product of the failure to fulfil this freedom. Not since the Second World War have so many people been forced to flee their homes. They run from war, violence and injustice across continents and oceans, often risking their lives. In response, we must not close but open doors and guarantee the right of all to seek asylum, without any discrimination. Migrants seeking an escape from poverty and hopelessness should also enjoy their fundamental human rights.

“Today we reaffirm our commitment to protecting human rights as the foundation of our work. This is the spirit of the UN’s Human Rights up Front initiative, which aims to prevent and respond to large-scale violations.

“On Human Rights Day, let us recommit to guaranteeing the fundamental freedoms and protecting the human rights of all.”

What is Human Rights Day?

Human Rights Day is observed every year on 10 December. It commemorates the day (10 December 1948) the United Nations General Assembly adopted the Universal Declaration of Human Rights.

What is the focus of Human Rights Day this year?

This year Human Rights Day highlights ‘Freedoms,’ recalling the four freedoms that underlie the Universal Declaration of Human Rights and two major human rights covenants, and first articulated in 1941 by President Franklin D. Roosevelt in his “four freedoms speech” to the US Congress.

Why are the Roosevelts being honoured on Human Rights Day?

In 1941 the world lived through dark times: the Second World War had started. In response, Franklin D. Roosevelt offered a clear vision for a better future centered around four freedoms (freedom of speech, of religion, from want, and from fear). Eleanor, his wife, helped his vision to be included in major UN human rights documents.

Why is Human Rights Day being marked at the Four Freedoms Park this year?

Franklin D. Roosevelt Four Freedoms Park is the first memorial dedicated to the former President in his home state of New York. The Park celebrates the Four Freedoms, as pronounced in President Roosevelt’s famous January 6, 1941 State of the Union speech.

What is the Universal Declaration of Human Rights?

A milestone document in the history of human rights, the most translated in the world, it was proclaimed “a common standard of achievements for all peoples and all nations.” It sets out fundamental human rights to be universally protected. It consists of a preamble and 30 articles.

What are the two Human Rights Covenants?

What is the International Bill of Human Rights?

It consists of the Universal Declaration of Human Rights, the International Covenant on Economic, Social and Cultural Rights, and the International Covenant on Civil and Political Rights and its two Optional Protocols. It represents a veritable Magna Carta marking mankind’s arrival at a vital phase: the conscious acquisition of human dignity and worth.