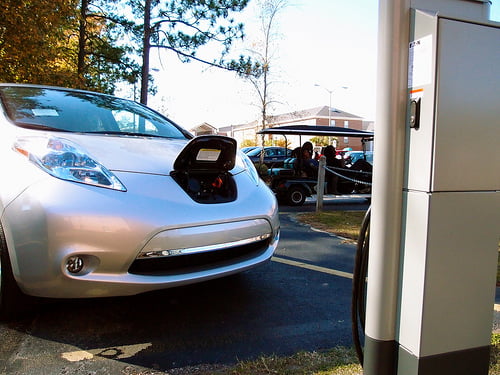 Ralph Speth, chief executive of Jaguar Land Rover, has said that electric vehicles will never be a mass solution to pollution problems.

Speaking about plans for further investment in automative technology and innovation at the Geneva International Motor Show, The Guardian reported that Speth said electric cars represent an unrealistic solution to the problem of carbon emissions.

“The batteries are too expensive […] the customer must be very rich, and can only use them in mega-cities [where there are charging points]”, he said.

“Should we do it only for the rich?”

He said that the market will decide whether or not these vehicles will have a future, but that it would be better to wait for more advanced technologies to reduce pollution.

Nissan presented the new model of its electric car, the LEAF, at the Geneva conference, adding that 15 further models will be launched over the next three years. It said that costs will be reduced by moving manufacturing from Japan to Sunderland – which is already at the forefront of the UK electric vehicle industry.

“[The LEAF] is built at Nissan’s Sunderland facility and features new technologies that deliver improved real-world battery performance alongside a host of detail enhancements”, said the Nissan team.

Electric cars have had a good market in Japan and America so far. Meanwhile, Norway is the country with the largest ownership per capita in the world, with 10,005 plug-in electric cars registered as of December 2012.