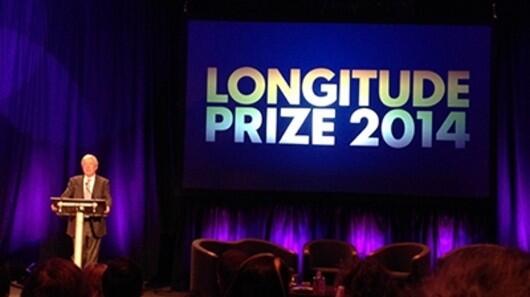 A 300-year-old competition that offered a cash reward to the innovator that solved the toughest scientific challenge of the day has been revived, now offering £10m for a solution to one of today’s biggest health or climate problems.

In 1714, the British government, concerned by the difficulties navigators experienced while trying to calculate longitude on increasingly important transoceanic voyages, passed the Longitude Act.

The act offered a prize of £20,000 to anyone who could devise a method to accurately determine a ship’s position at sea.

Now, the new Longitude Prize will focus on one global challenge from a shortlist of six. On a special 50th anniversary episode of Horizon – to be aired on Thursday at 9pm on BBC2 – the public will be invited to vote for the one they feel is the most important.

The six candidates include: the creation of technology to improve the quality of life for dementia sufferers; a cheap, easy-to-use test to determine between bacterial and viral infections; a form of zero-carbon flight; a cure for paralysis; a way to feed the world using fewer resources; and a way to turn salt water into drinking water.

“All of these challenges are hugely important; and already, people all over the world are dedicating their lives and organisations to working on them”, said Helen Goulden, of the innovation foundation Nesta, the lead organisation behind the prize.

“Longitude Prize 2014 provides the spur, the inspiration and the momentum for them, and others to drive forward rapid innovation on a challenge that has massive public backing and support.”

The result of the public vote will be announced on June 25, with entrants welcomed from September. The Longitude Prize will then run for five years, or until the prize is won.