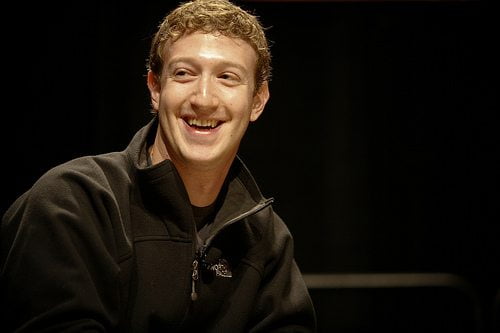 Mark Zuckerberg, the founder of social networking giant Facebook, has announced plans to hook up the entire planet’s population to the internet.

Zuckerberg, who founded the site while studying at Harvard University in 2004, announced his idea in a press release on Wednesday. The initiative is being called Internet.org.

A joint venture between Facebook, Ericsson, MediaTek, Nokia, Opera, Qualcomm and Samsung, Internet.org says it aims to connect the world in a digital revolution.

“Everything Facebook has done has been about giving all people around the world the power to connect”, Zuckerberg said.

“There are huge barriers in developing countries to connecting and joining the knowledge economy. Internet.org brings together a global partnership that will work to overcome these challenges, including making internet access available to those who cannot currently afford it.”

Last year, Facebook made annual revenues in excess of $5 billion (£3.2 billion) and bases its business model on the mobile application of its social networking site.

Zuckerberg told CNN that people in developing countries could benefit from internet access. He said they could use it to “decide what kind of government they want, get access to healthcare for the first time ever [and] connect with family hundreds of miles away that they haven’t seen in decades.”

Commenting on his plans, Abdurazak Mohamed of the African Development Trust (ADT) said, “There is a need for internet in Africa; African cities can benefit from having access to the internet.

“There needs to be a sense of priority, however. What would be the point in giving someone access to the internet if they don’t even have a roof over their head?”

Speaking to Blue & Green Tomorrow, Mohamed added that certain governments would be barriers to the initiative’s development.

He said, “Take Ethiopia – it has a population of 8 million, but the telecommunications industry is monopolised by the government. This does not support the needs of communities – nor will it allow private companies to operate in the area.”

He said the plans “could be a little too ambitious”.