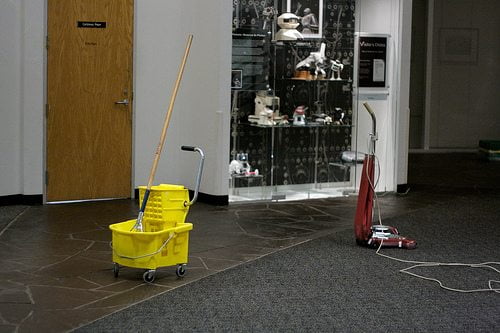 Women from Indonesia, the Philippines, and Myanmar are being sold in shopping malls in Singapore, where people can take them home as cheap house cleaners, an investigation by Al Jazeera has found.

Domestic workers are being displayed in the galleries and are advertised as if they are goods for sale, with some posters quoting “Filipino and Indon Maids: No Off Day Lowest Pay and Fee”.

Al Jazeera went to the Bukit Timah Shopping Centre in Singapore where many women from neighbouring Asian countries end up in the hands of reckless maid agencies, which guarantee low fees and pay and maximum productivity to customers looking for a housekeeper to take home for up to two years.

While some agencies offer some sort of protection and ensure dignified conditions to domestic workers, others try to keep cost down by underfeeding them, while putting them into households where they end up being verbally or sexually abused and work excessive hours, with little or no pay.

The women come from disadvantaged areas with the hope of being able to send some cash home, but in order to engage with agencies they can find themselves with high debts and unable to escape.

Jolovan Wham, executive director of the Humanitarian Organisation of Migration Economics (HOME), told Al Jazeera that many agencies see maids as a commodity to trade.

“High placement fees are charged to the worker because the agencies can get away with it. The worker pays these fees because she feels that she doesn’t have a choice. And our laws do not make it mandatory for employers to bear the bulk of the fees,” he said.

The issue of modern day slavery has been rising up the political agenda, with many investors calling for increased transparency, in both the UK and US.

New guidelines may modern slavery is ‘severe but solvable’