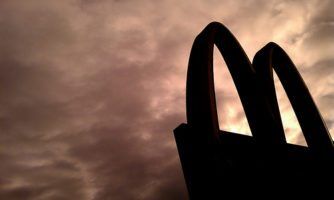 The Need To Stop McDonald’s Routine Use Of Antibiotics

Responsible investment charity ShareAction has launched an online action enabling people to email Steve Easterbrook, the CEO of McDonald’s Corporation, calling on him to stop the routine use of antibiotics in the company’s global livestock supply chains.

Around 70% of all antibiotics used in the US and half of those used in the UK are given to livestock; a practice the UK government recently described as ‘excessive and inappropriate’, in a paper which found that drug-resistant infections could cost the world around $100trillion in lost output by 2050.

McDonald’s initially set promising targets addressing, to varying degrees, antibiotic over-use in American and European poultry supply chains – but has yet to tackle use in beef, pork or dairy supply chains.

In April, investors with over $1 trillion in assets under management wrote to McDonald’s, along with nine other US and UK companies, requesting that they end the routine use of antibiotics important to human health in global meat and poultry supply chains. Supported by ShareAction and the FAIRR initiative, the investors have since been in continued engagement with the high-profile companies.

22% of McDonalds shareholders recently voted in favour of a shareholder proposal coordinated by US shareholder activism groups As You Sow and ICCR, which called for an end to the routine use of medically important antibiotics. So far the company has failed to provide a meaningful response to that suggestion.

Catherine Howarth, Chief Executive at ShareAction said: “Investors are right to express their concern directly to the board of McDonald’s, and now as individuals we can too, using this new web tool. Improved animal welfare practices are a far more sensible way to prevent disease than antibiotic overuse. We hope this action will encourage McDonald’s to supersize their ambition – now is the time for action.”

Emma Rose from the Alliance to Save Our Antibiotics said: “The evidence is clear – if we do not curb the routine and excessive use of antibiotics, both in medicine and in livestock production, we face a global public health crisis. McDonald’s has an opportunity to demonstrate global leadership by committing to phase out the routine use of antibiotics entirely – not just limited to chicken in its US market – and doing so would drive up standards across the industry.”