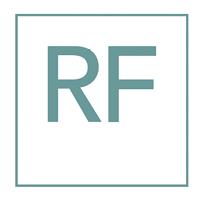 Today the Resolution Foundation said the number of children living in poverty has risen for the first time in ten years. This increase is concerning because average income has now returned to pre-crisis level. The Resolution Foundation published its findings in response to the latest Households Below Average Income (HBAI) figures.

The Foundation notes that typical household incomes reached £473 a week in 2014-15 – above their pre-crisis level of £469 in 2009-10. However, it adds that coming cuts to support for working families through Universal Credit are expected to reduce incomes in the bottom half of the distribution over the parliament.

It is also concerning that child poverty has increased by 200,000. This is the first rise since 2006 and the largest single year increase since 1996. Over two-thirds of children in poverty live in working households, reflecting the importance of policy targeted at boosting incomes of low income working families.

More widely it warns that referendum uncertainty presents a clear downward threat to incomes in the short term, and comes on top of already disappointing productivity and earnings growth this year.

David Finch, Senior Economic Analyst at the Resolution Foundation said: “After a prolonged and painful period for living standards, it’s encouraging to see that typical incomes have finally returned to pre-crisis levels.

“But it’s a concern that the welcome income growth in recent years has failed to make any inroads into reducing high levels of child poverty in working households.

“And while income growth has been positive in recent years, the outlook of weaker pay growth, significant welfare cuts and now higher inflation stemming from the Brexit sterling plunge means the living standards of many families may come under strain in the coming years.

“Given the challenging outlook for living standards, its right that the new government takes stock and thinks again on major reductions to working age benefits that are set to seriously undermine the incomes of low income working families in the coming years.”