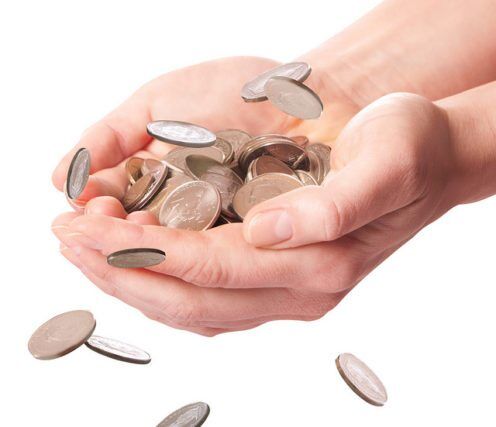 The National Living Wage (NLW) is likely to rise to around £7.50 an hour next year, 10p lower than expected in March because of the weaker outlook for pay in the wake of the Brexit vote, according to a new report by independent think-tank the Resolution Foundation.

The new RF forecast of £7.50 an hour comes as the government prepares to announce the NLW rate for April 2017 around the Autumn Statement on 23 November. This is 10p down on the OBR projection in March but will still mean that a full-time worker on the NLW will receive an annual pay rise of around £600. It is expected to boost the pay of over 4.5 million workers.

The report Low Pay Britain 2016 shows that forecasts of weaker pay growth in the wake of the Brexit vote mean that the NLW is unlikely to reach £9 by the end of the parliament, as projected by the Office for Budget Responsibility (OBR) in March. The Foundation now forecasts that it will reach £8.60 by 2020. This is lower than previously estimated due to the NLW being linked to how the pay of typical workers rises, providing an important connection to wider wage growth and the health of the economy.

The Foundation says that this lower rate remains part of an ambitious set of pay rises and demonstrates the flexibility of the NLW. It adds that there is little evidence to support calls made by some businesses to scale back the NLW even further, especially given the success of its introduction earlier this year.

While there is much uncertainty over Britain’s long-term economic outlook, most economists agree that wage growth in the next few years is likely to be weaker than expected prior to the referendum.

Low Pay Britain shows that the NLW is still set to transform Britain’s low pay landscape, despite it rising slightly slower than originally forecast. It is expected to lift more than 800,000 workers out of low pay by 2020 – the first significant fall in the number of low paid workers in over two decades. There are currently 5.7 million low paid workers across Britain, three-fifths of whom are women.

However, the report notes that the sheer ambition of the NLW brings with it major challenges that need to be addressed in the coming years. It highlights that the number of workers earning the legal minimum is set to nearly triple by 2020 – with around one in seven workers earning either the NLW or the minimum wage if they’re under 25. Just one in fifty employees earned the minimum wage at the turn of the century.

It adds that the proportion of workers on the legal minimum will be even higher in cities like Liverpool and Nottingham – where around one in five workers will be on the legal minimum. In the hospitality sector close to half (45 per cent) of all staff are forecast to be on the wage floor.

The Foundation says that with so many workers earning the legal minimum, it is vital that employers prioritise creating pay and career progression routes to help staff off the lowest pay rungs. It adds that government can support employers in creating these escape routes through its new industrial strategy and Universal Credit, which should encourage people to get on in their careers, as well as help people into work.

“While there is much uncertainty over Britain’s long-term economic outlook, most economists agree that wage growth in the next few years is likely to be weaker than expected prior to the referendum. That means we’re unlikely to see the £9 National Living Wage that George Osborne talked about in this parliament.

“As we approach the Autumn Statement we’ll soon learn what the NLW will be next year. An increase to around £7.50 will deliver a welcome annual pay rise of up to £600 for full-time staff. Though that’s less than the £800 raise previously forecast, it’s sensible that the size of the National Living Wage rise adjusts in line with wages of typical workers. This flexibility means that calls from some businesses to scale back the NLW even further are wide of the mark.

“Looking across the coming years it’s clear that the National Living Wage is set to transform low pay across Britain. But ambitious policy announcements need equally ambitious implementation plans to make them a success. With over four million workers set to be earning the new legal minimum by 2020, ministers need to work closely with employers to ensure that they’re not just able to pay the legal minimum, but can offer staff a route out of low pay altogether.”