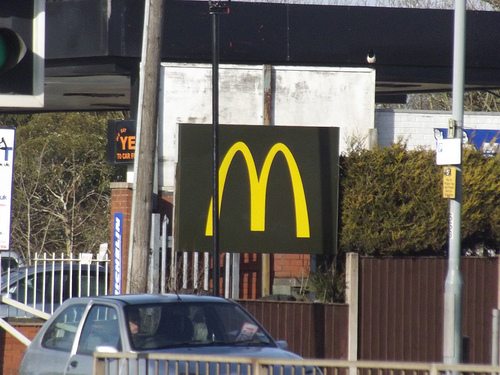 Researchers have suggested placing restrictions on the number of takeaways near homes and offices, after a study said that too much exposure to fast food can double a person’s odds of becoming obese.

The study, which was carried out among 5,000 adults who were born in Cambridgeshire between 1950 and 1975, found a direct correlation between greater access to takeaway food and a higher body mass index and increased odds of obesity.

It focused particularly on takeaway foods such as burgers, pizzas, chips and other fried foods. The study comes as a growing number of Brits are spending more money on fast food than ever before.

Researchers from Cambridge University say that measures to restrict access to takeaways, such as not opening them near schools, could help combat the problem.

Lead researcher Dr Thomas Burgoine said, “Those most exposed to takeaway food outlets overall were nearly twice as likely to be obese, compared to those least exposed.

“Our research suggests that policies to make our neighbourhood [healthier] by restricting access to takeaway food might be successful.”

Tracey Parker, dietician at the British Heart Foundation, which funded the study said, “While this study can’t prove someone’s local environment can cause them to become obese, it’s vital we have the tools to make healthy choices when eating takeaways or food in a restaurant. Clearly signposting healthy meal options, providing clear nutritional information, and offering appropriate portion sizes can help this.”

The Cambridge research is the latest in a series of studies to have outlined the negative effects of certain foodstuffs. Similar calls were made to cut sugar and salt intake, with researchers saying that both bring about serious health implications later on in life.

Only last week, the chief medical officer for England Dame Sally Davies said that research was currently being carried out to show that sugar can be addictive. She called on the government to introduce a sugar tax in order to curb intake.

Meanwhile, another study found that children and adolescents are consuming more salt than is recommended, with a large proportion of their intake coming from processed meats.

However, this latest investigation into the impact of takeaways appears to conflict with similar studies carried out in the US, where findings have been “mixed”.

Dr Kathryn Neckerman of Columbia University said, “It makes intuitive sense that people with ready access to takeaway food will eat more of it, yet results of research linking fast food access to diet or weight have been quite mixed”.

She said that there could be counterproductive implications of restricting fast food outlets: “Even if the prevalence of takeaway restaurants were reduced, groceries, gasoline stations, variety stores, and many other venues provide ready access to energy dense meals, drinks, and snacks.

“In a kind of nutritional ‘whack-a-mole’, closing takeaway outlets might lead other retailers to expand their offerings of unhealthy food.”

Neckerman added that key to addressing the issue would be to work with fast food retailers, saying, “Healthy takeaway food should not only be available, it should be as visible, tasty, and cheap as unhealthy food. Healthy eating should, in fact, be the default option.”