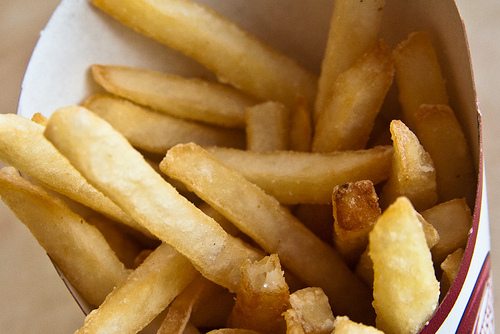 Teenagers struggling with obesity who eat a lot of salty food are at risk heart diseases and a quicker ageing process, according to a new study by the American Heart Association.

Young people who are obese or overweight can see such side-effects if their sodium intake is too high. Researchers had previously found that limited physical activity and smoking can contribute to premature ageing, but this is the first time that salt has been taken into account.

Lead author Haidong Zhu from Medical College of Georgia Regents University in Augusta said, “Lowering sodium intake, especially if you are overweight or obese, may slow down the cellular aging process that plays an important role in the development of heart disease.

“The majority of sodium in the diet comes from processed foods, so parents can help by cooking fresh meals more often and by offering fresh fruit rather than potato chips for a snack.”

Researchers divided 766 teenagers into different groups according to their sodium intake. However, even those taking less sodium exceeded the limit suggested by doctors.

Scientists then analysed the ends on chromosomes – called telomeres – that naturally shorten with age. It was revealed that obese teenagers with high sodium intake had significantly shorter telomeres, but even those with a healthy weight presented the same phenomenon.

“Even in these relatively healthy young people, we can already see the effect of high sodium intake, suggesting that high sodium intake and obesity may act synergistically to accelerate cellular aging”, Zhu said.

A recent study claimed that British children’s diets contain too much salt, coming from fast food and processed foods, and that this habit might lead to higher blood pressure later in life.