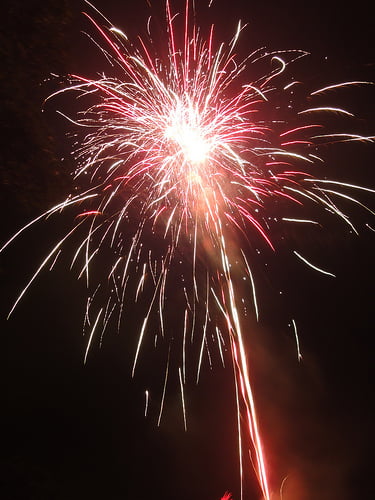 Coming in at number 12 was the news in May that the California-based reforestation charity, the Eden Project, was nearing a significant milestone. Planting 45m trees in places as diverse as Ethiopia (14% deforestation between 1990 and 2005), Madagascar (-9%) and Haiti (-9%) is not a bad start in fixing the mess we’ve made.

Closer to home at number 11 were the nominees of June’s Financial Times/International Finance Corporation Sustainable Finance Awards. Financial companies from 22 countries competed for eight awards, amongst them seven UK companies including the Co-operative Banking Group and our old friends at Triodos. The UK scored an impressive haul of five, with the Co-op getting two gongs.

Squeezing into the top ten at number 10 is our editor’s first in-depth report with B&GT from March – The Rise of Renewable Energy 2012. Leading voices in the sector spoke to Alex Blackburne and the Guide makes a useful primer for anyone interested in this exciting investment and cleantech sector.

The number 9 spot goes to a June article from Mercia Fund Management about community-led cleantech projects – the broader investment sector of which renewable energy is just a part, for those interested in creating a sustainable future.

Tackling one of the biggest myths about sustainable, responsible or ethical investment at number 8, Alex talked in May to leading players about the poor performance myth. As Audrey Ryan, manager of the Kames Capital Ethical Equity Fund, said, “There is no long term performance penalty for investing ethically” – something we dramatically proved in December.

Five years of National Ethical Investment Week and the first with a dedicated independent guide to the event bags the lucky number 7 slot. Enlightened investors said some very nice things about this accessible, useful and informative Guide from October.

Globe-trotting editor Alex Blackburne faced the sprawling metropolis that is London in September to cover the FT’s Global Energy Leaders Summit – with day two, that had Jeremy Leggett of Solarcentury, the Danish Minister for climate, energy and building and a host of other excellent speakers, securing the number 6 place on the top 12.

News that the global solar market was brimming with innovation broke in May and comes in at number 5 with news of three large-scale projects in Africa, a continent rich with sunshine as natural resource.

During the aforementioned National Ethical Investment Week our publisher, Simon Leadbetter, tackled a provocative and one-sided article in a leading investment magazine, the Investors Chronicle. To say the author was a little annoyed would be an understatement and all the attention pushed this article to number 4.

Names matter and renewable energy has really caught the public imagination. Limitless and clean energy on the other hand, sounds rather wonderful, especially when compared to the fossil fuel alternative of very dirty and running out. Building on the success of the Rise of Renewable Energy we dived even deeper into the subject in July with our third Guide of the year, The Guide to Limitless Clean Energy – which sits at number 3. The guide was kindly sponsored by Good Energy, the UK’s only 100% renewable energy company.

So pop-pickers, who will secure the number one slot?

Missing the top spot by a tiny margin at number 2 is May’s The Guide to Sustainable Tourism. A hit on our site and over at Scribd and Issuu, the Guide’s take on travelling in a responsible way that minimises the environmental impact and maximises the ethical benefit that travel creates. The second edition of this exceptional Guide will be the first out of the traps in 2013.

Our purpose is to encourage people to invest more sustainably by providing fair, optimistic and responsibly articles about the incredible people and organisations making the world a better, rather than worse, place. It’s reassuring therefore that our flagship report, The Guide to Sustainable Investment, lands at number 1.

Other notable mentions go to our coverage of the Green Investment Bank, the energy bill, the misbehaviour of financial services organisations and the failure of political leadership in the face of overwhelming public support for more sustainable action by governments.

The world didn’t end in 2012, and 2013 is certainly hotting up to be an interesting year, in more ways than one.