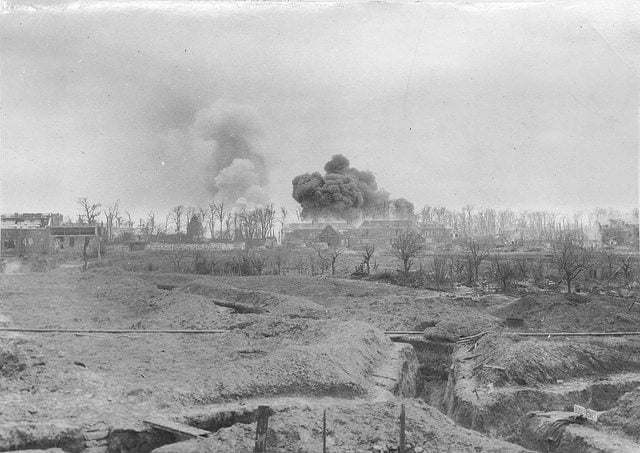 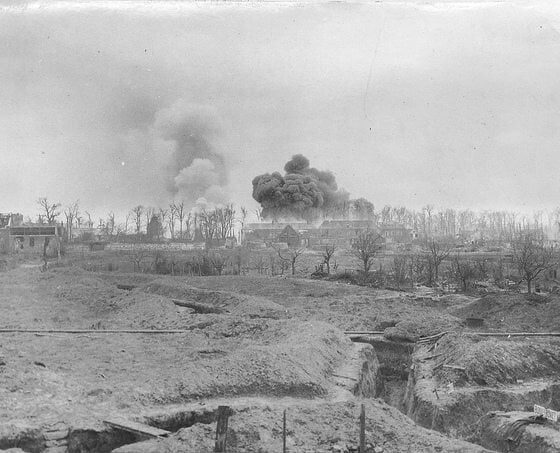 The poets of the First World War: Rupert Brooke

Rupert Brooke, unlike his contemporaries Wilfred Owen and Siegfried Sassoon, embraced a level of patriotism that was relished by those who enjoyed Brooke’s romanticised interpretation of warfare.

England, for Brooke and many others who sought meaning amongst the barbarity of industrialised warfare, acted as a deity that gave comfort amongst the smoke, that offered relief from the prospect of imminent death and forged a sense of unity that steadied hands shaken by horrific sights – something Brooke conveys in his most famous poem, the Soldier.

Brooke saw action in Antwerp as part of the Royal Navy Volunteer Reserves, and his experiences inspired the writing of five similar sonnets, all passionately patriotic as the last, but none as revered as the Soldier.

The piece is based on the ultimate act of dying, but being remembered not for who he was, but for only making the ground he lays in a part of England. The idea gloriously idealises the fundamentals of Empire, applying a similar notion of planting a flag to claim the ground above it, Brooke sees his own body in death as claiming the soil below him.

“If I should die, think only this of me:

That there’s some corner of a foreign field

That is forever England.”

Brooke sees his body as a vessel for all of the traits that make England so special, his sacrifice testimony to his beloved mother country.

“Her flowers to love, her ways to roam,

Washed by the rivers, blest by the suns of home.”

An idea Brooke expands upon is of England representing peace and tranquillity, an escape from the barbarity of conflict that can only be found in death, in that field far away from the shores he so loves and adores, a heaven on Earth.

“Her sights and sounds; dreams happy as her day;

And laughter, learnt of friends; and gentleness,

In hearts at peace, under an English heaven.”

Brooke died at the height of his fame, from blood poisoning in Sycros, Greece, at the age of 27, and was buried there.

“If I should die, think only this of me:

That there’s some corner of a foreign field

That is forever England. There shall be

In that rich earth a richer dust concealed;

A dust whom England bore, shaped, made aware,

Gave, once, her flowers to love, her ways to roam,

Washed by the rivers, blest by the suns of home.

And think, this heart, all evil shed away,

A pulse in the eternal mind, no less

Gives somewhere back the thoughts by England given;

Her sights and sounds; dreams happy as her day;

And laughter, learnt of friends; and gentleness,

In hearts at peace, under an English heaven.”