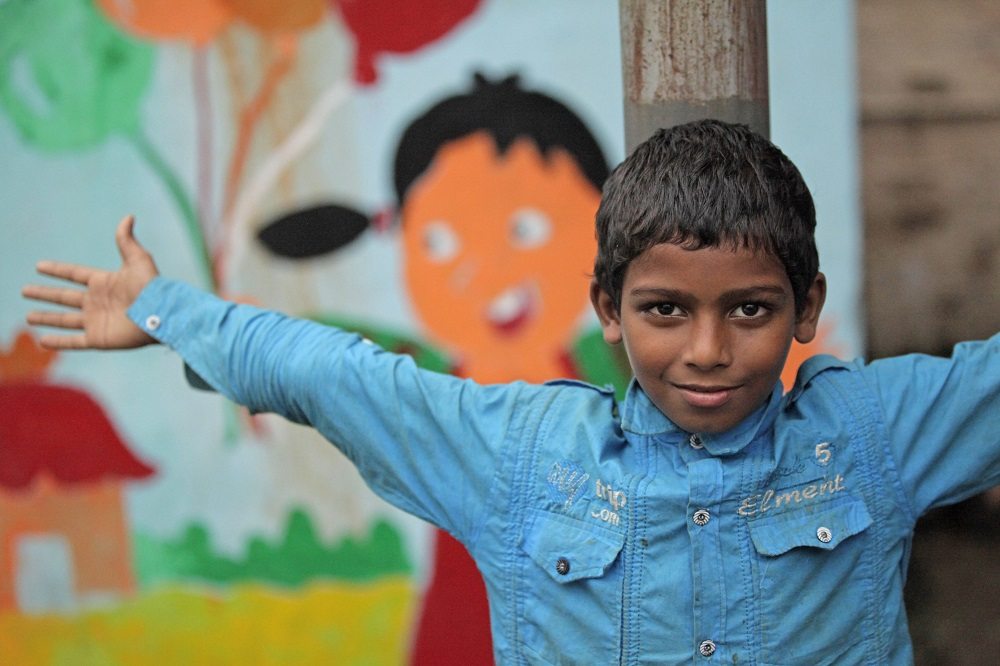 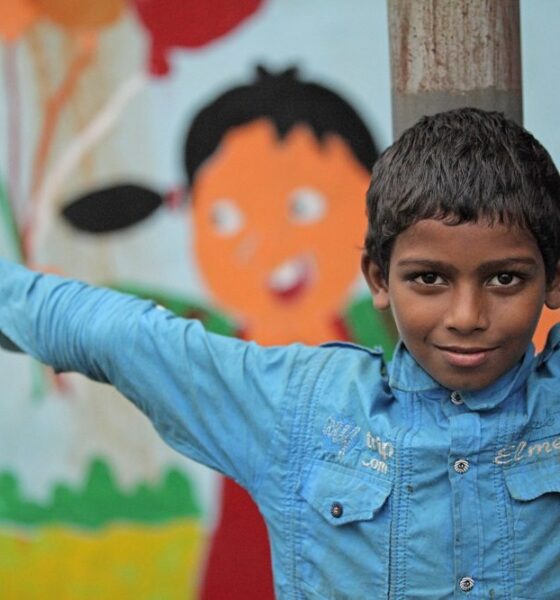 I’ve been to India many, many times – I even lived and worked there for a time – but even I found the situation at Sealdah Station in Kolkata very intense. Some 2.7 million people pass through the station each day, against a clamorous backdrop of traffic and trade; the streets outside littered with human excrement and other filth.

When we visited in October, the whole city was in full festival swing with the colour, lights and noise of Durga Puja; Kolkata was lit up with makeshift temples and shrines, and thousands of drummers were outside every station. For our cameraman Andy and Rob from the Railway Children charity, it must have been shocking; the full-on rawness of it all is difficult to prepare for.

We were there to make a video (below) to document the charity’s launch of a new model aimed at helping the thousands of children who arrive at India’s railway stations each year, the equivalent of one every five minutes. If we found the place unsettling, these kids must be terrified.

There is a huge problem with street kids here. They leave home for a host of reasons: domestic or sexual abuse, poverty, they are sold by their families, or they are just in search of work in the city. They stay in the station simply because that’s where they arrive by train, or because they can often find shelter and scraps of food among the platforms and stalls.

It’s a very daunting place for kids to end up. Pimps, gangs and people intending to sell them into domestic work will go to stations specifically to find vulnerable children. Railway Children’s mission is to get to these kids before the streets get to them.

Railway Children 2013 from Be Inspired Films on Vimeo.

The charity’s strategy to beat this huge problem is the Child Friendly Station model, which includes the foundation of dedicated booths inside railway stations. These are a referral point for Railway Children to help the child by trying to get them back home, and if that’s not possible, finding them short and long-term care solutions.

Railway Children has brought together stakeholders including the railway police and platform vendors to highlight the problem and ask for their assistance in mobilising the model’s launch in five stations. A greater rollout could potentially make a massive difference, so the charity commissioned us to create a high-impact video to screen at the Railway Ball, an annual fundraising event in London attended by members of the railway industry. The event generates more than £300,000 each year; we hoped our video would help to beat that. (I’ve since heard that the final figure reached £400,000 this year.)

We did a lot of planning in advance with the team in India via Skype, storyboarding the video, arranging access and travel and a hundred other details. First and foremost we had to ensure child protection was maintained throughout the project.

The finished video shows three children (whose names have been changed) and their progress from the platforms of Sealdah Station to Railway Children’s help centres. All of the kids were brilliant – real characters, happy to meet us and patient and cooperative with the filming, even when they were asked to re-do scenes a number of times.

We filmed scenes at drop-in centres, run in partnership with Railway Children, that offer food, shelter and clean clothes as well as lessons in subjects like reading, dance and karate, but their main concern is finding the children’s families. If that’s unsuccessful, the kids move on to long-stay centres that can give them more education and a permanent place to live.

Workers’ face-to-face dealings are sincere, genuine intervention. They are really dedicated to making a difference to kids’ lives and it was heartwarming to see how the kids are getting on with the help of the charity. It’s about bringing together all of the key stakeholders who can make a difference to these vulnerable children and uniting them to provide more intensive, thorough and strategic interventions around railway terminals where children congregate.

In India, nothing happens quickly. Red tape and politics mean that Railway Children’s plans have to be long-term. Things are happening now, but I know it took years of strategic planning to get the partners on board. The charity is taking an innovative approach with its new model that aims to resolve the situation for good.

While some of the project was scary – having my camera spotted while filming in the red light district, for instance, despite having it strapped to my chest – it was also an adventure; an intense and amazing experience. Railway Children’s work and dedication is truly impressive. I hope our film reaches those with the means to help that work go further.