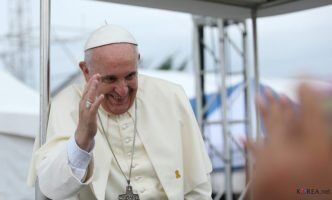 An open letter signed by over 120 youth groups and urging Pope Francis to call on Catholic organisations to divest from fossil fuels and to continue his efforts to divest the Vatican, will be publicly shared by young Fossil Free organisers.

WHO: Young organizers from the Fossil Free movement from Germany, Poland and the US will be joined by the participants in World Youth Day.

WHY: Today’s young represent the first generation to spend their entire lives in a world facing a climate crisis. On World Youth Day, they bring a message for Pope Francis, asking him to call on Catholic organizations to divest from fossil fuels and reinvest in clean, renewable energy.