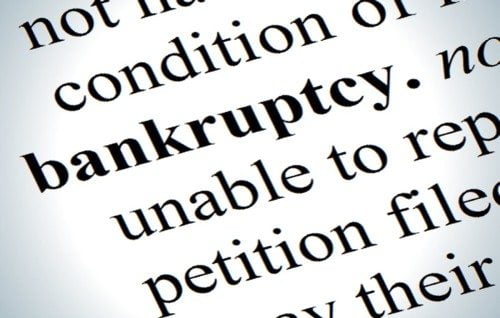 Environmental Justice Australia and Greenpeace International have alerted the Australian Securities and Investments Commission (ASIC) to a number of Australian creditors who would be at risk should Peabody Energy, the world’s largest private sector coal company, file for bankruptcy.

Many of Peabody’s senior lenders are calling for the company to file for bankruptcy in the U.S. However, this could risk Peabody’s Australian employees’ redundancy entitlements, while Australian state governments could be left to foot the bill for rehabilitating mines if Peabody’s financial assurance is insufficient.

Peabody owns nine operating coal mines in Queensland and New South Wales seemingly via a subsidiary registered in Gibraltar. Peabody’s Australian assets secure, in part, a financing facility worth US$1.2 billion for the company. Not only will Peabody’s likely bankruptcy impact whether its operations in Australia will continue, but the company’s complicated structure may determine if Australian creditors get a fair deal.

David Barnden, a lawyer from Environmental Justice Australia specialising in finance and climate change, said: “Peabody is in poor financial health. It has a complicated holding structure and is highly leveraged. Bankruptcy appears imminent. ASIC has been asked to investigate whether Australian creditors will get a fair deal if and when bankruptcy occurs. Potential creditors include workers who may have redundancy entitlements and the New South Wales and Queensland state governments which might need to pay for rehabilitation costs beyond any financial assurance held for Peabody’s mines. It is a matter of public interest that Australian creditors are protected to the full extent of the law.”

Marina Lou, lawyer from Greenpeace International, said: “Regulators in the U.S. have already raised concerns that taxpayers could be left on the hook for coal mine reclamation obligations as the coal industry declines, and a Peabody bankruptcy would significantly exacerbate these risks. Australian regulators should also be investigating the risks to protect taxpayers and the environment from a potential Peabody bankruptcy.

“Australian taxpayers have already heavily subsidised this industry during its decline and now they may also need to bail it out and clean up its mess after it finally closes down too.

“We need ASIC to act because this isn’t a one-off. There are many other struggling mining companies in Australia and unless proper plans are made for when they go bankrupt, the overall cost to the country and mining workers could be far greater.”

EJA and Greenpeace have identified a number of potential creditors of Peabody’s Australian operations. They include workers at Peabody’s mines who may miss out on entitlements, and the governments of New South Wales and Queensland, which may become creditors if Peabody’s financial assurance is insufficient to rehabilitate its mine sites.

In this scenario, either the taxpayer will foot the bill for rehabilitation costs or sites may never be rehabilitated. Unfortunately, the long-term nature of environmental issues associated with voids from open-cut coal mines, such as acid mine drainage, means liabilities may not crystallise until long into the future.

As a result of these public interest concerns, ASIC has been asked to investigate the relationship between Peabody and its Australian subsidiaries.