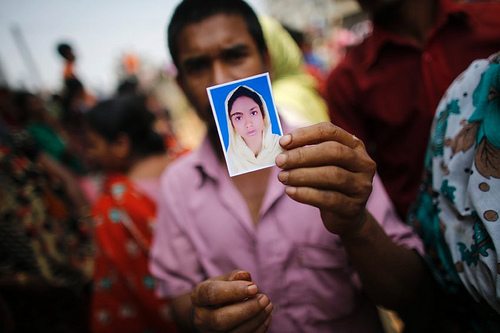 British retailer Matalan has responded to criticism on failure to provide compensation for the victims of the Rana Plaza disaster in Bangladesh by announcing a donation to the UN-backed fund – but did not reveal the amount.

Matalan faced criticism by protest platform 38 Degrees because it was the only British retailer to not have contributed to a $40 million (£24 million) UN-backed compensation funds for those harmed or injured in the Rana Plaza factory collapse in Dhaka, in April last year.

McGovern said, “British shoppers want to buy their clothes without fear that companies are unresponsive to worries about risks in their supply chain. We also need coordination action in the future to see safer workplaces for all, no matter where they happen to live.”

The garment factory produced bargain clothes for many Western retailers, including Gap, H&M and Primark, which faced criticism for poor working and safety conditions, resulting in the death of 1,138 workers.

Matalan is said to have made a donation to the fund on Wednesday – one day before the deadline for payments – but it did not disclose the amount.

Susannah Compton, from 38 Degrees, commented, “This week, tens of thousands of people emailed, called and tweeted Matalan to tell them they couldn’t walk away from the devastating consequences of the Rana Plaza disaster.

“It looks like good news for people power that Matalan has said that it will pay into the official compensation fund.

“But it’s worrying to see that Matalan has clammed up about how much money it’s paying in. Until Matalan says exactly how much it has paid, its customers will still be waiting to see what kind of business it really is.”

The retailer had already donated to the Rana Plaza Survivors Rehabilitation Scheme managed by BRAC.

Allan Leighton, chairman of Matalan, said, “We wish to make it clear that we have never been ordered by any organisation to pay compensation or been found culpable for the tragedy. However, our company is happy to continue to make substantial contributions to help the people who need it most.”