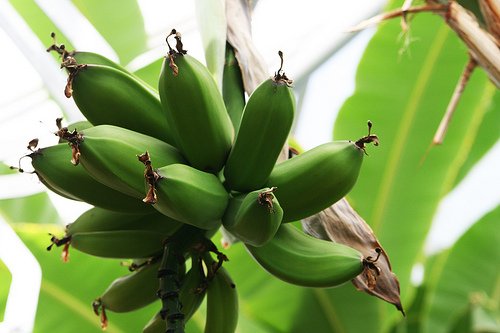 Asda’s decision to sell European bananas instead of American ones raises questions about the source of a product and the working conditions of suppliers. So is local better than Fairtrade?

The Fairtrade mark has revolutionised the food industry, making consumers more aware of what goes into getting a product on our shelves.

Fair pricing sometimes leads to higher prices, because money is distributed better among producers, compared to big multinational companies, but people are generally happy to pay more for a good cause, as shown by the increase in Fairtrade sales in 2012.

On the other hand, these goods often come from continents other than Europe, leading to remarkable costs of transportation and consequences for the environment. This is among the reasons why Asda decided to switch to fruit sourced from the Canary Islands.

But is theirs a wise choice or a penalisation for developing countries’ farmers?

In an ideal world, there would be no need for these practices. But in a consumer-driven society, Fairtrade is the most efficient tool to ensure the developing world’s workers are treated fairly and paid sufficiently. If not, it’s at least a step in the right direction.

Yet there’s been criticism over the efficiency of Fairtrade, with some research showing that not much money reaches the producer. The Fairtrade Foundation does not monitor how much of the extra money paid to the exporting cooperatives – the reason why the goods are usually more expensive – reaches the farmer.

Also, it’s hard to determine whether the practice has had an overall positive impact or not, with corruption cases happening just as in almost any other activity.

And how much is a fair payment? Different lifestyles mean different wages. Fairtrade products from the Americas are surely cheaper for exporting than, let’s say, tropical fruit from Australia, where farmers are likely to want more money for their work compared to a Colombian producer.

However, we should be careful not to feel like we are ‘saving’ developing countries with our shopping, when indeed some of the problems these places are experiencing are related to wild policies by Western economies, such as deforestation to clear land for agriculture.

But as said, Fairtrade goods in many cases are the only means we have – as consumers – to push for fairer practices and working conditions. It might not be a long-term solution, but it’s perhaps the best short-term one.

But opting for local doesn’t mean we kill off the Fairtrade market – there are plenty of goods that are not native to Europe, such as tea, coffee and cocoa, that we still need to import – and it doesn’t mean we have to stop supporting this brilliant movement.

But it does mean that we are always on the lookout for better, more ethical, responsible and sustainable products.