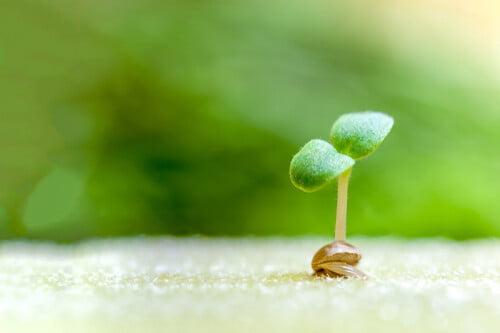 Hydroponics is one of the most exciting fields for hobbyists and commercial growers because the scalability of hydroponics systems is virtually unlimited.

By scalable, we refer to the capacity of a system to be rendered smaller or larger, depending on the needs and requirements of the person undertaking the creation of the system.

When it comes right down to it, hydroponics is one endeavor that once you’ve started correctly, will be paying for itself in the coming months, either in the satisfaction of succeeding with a completely man-made system or in being able to cultivate crops that would balance out the expenses of establishing such a system.

But let’s say that you want others to be interested in what you’re doing; what should you do?

What should you say? We’ve prepared a checklist of fast tips for you so that you can convince others to jump in on the fun!

This is probably the most productive and effective ways to encourage someone to start hydroponics.

This step is so much easier if you have a hydroponics system of your own at home. If not, why not whip up one just to get things started? You definitely do NOT have to purchase an expensive setup just to get started with hydroponics. Remember – it’s possible to grow crops with a large bucket, a special pail lid with spaces for the grow pots, some grow media, and seeds!

Of course, you would still need to purchase powdered or liquid nutrient solution, but these products are widely available. You can even buy some off Amazon right now and you will be up and running in one to two weeks.

Hydroponics systems that do not require recirculation are called passive systems. There are plenty of ways to design a small-scale passive system. The simplest design the one that was just mentioned a while ago – the one with the reservoir and the grow pots sitting on top of the lid.

Here’s how a passive system works: after germinating your seeds and they become “seed plugs,” the roots of the plants will begin to reach down easily in search for moisture.

As the water in the reservoir or bucket recedes, the plant will mature, and create a natural air space between the water and the lid. The resulting air space will contribute further to the growth of the plant itself, as well-aerated roots always translate to bigger and weightier crops.

If you have been reading about hydroponics at least, how it works, and why people actually engage in it, then you’re probably already aware of the benefits of starting a hydroponics system of one’s own.

If you aren’t here are some of the biggest benefits that you can share with anyone who seems interested in starting a hydroponics system of their own:

People who engage in hydroponics are likely to realize that they can grow lots of crops in a limited space, using more or less the same volume of water that they would be using for fewer crops in a traditional soil setup. The beauty of a soil-less system if you get to design and expand the framework that would be supporting the water and the plants themselves.

You are not completely in the mercy of how much land you have at your disposal. For example, a small greenhouse that is only a few square meters can support dozens of rows of plants. You can expand your setup horizontally as well as vertically, so you will be able to maximize space like never before.

Obviously, if you live in a busy city, there’s going to be a shortage of arable land. Never fear! Lots of hydroponics farmers have succeeded in establishing different kinds of hydroponics setups indoors and outdoors.

Take note that there are different approaches to hydroponics and even aquaponics, or the hybrid approach of combining fish and plants in the same system, is still classified as a hydroponics approach to cultivating crops. It just so happens that instead of relying on a nutrient reservoir that has to be refilled regularly, the nutrients of an aquaponics system will be coming from fish waste.

With the undeniable events that are causing organic food prices to jump ever so often, growing your own food, even if it’s just the common vegetables and herbs that we eat, makes practical and economic sense.

As for the educational aspect of hydroponics, your kids can assist with the growing of plants from seed right up to harvest. They would be able to observe up close how plants mature, how much water they consume, and how much nutrients plants need to mature in a constrained, man-made system.

It’s safer and healthier for the grower, too. Imagine – you won’t be exposed to pesticides anymore. All you need to do is to follow the best principles of hydroponics and nature will take care of your crops for you. And in the event that you do have run-ins with insect pests, there are many organic ways to remove them and protect your crops from further attack.

So there you have it: these are all the information you need to convert a non-believer to our side, the hydroponics side!

Just remember that people have different interests when they go into hydroponics and while there may be similarities, it’s best to know what your friend or acquaintance is really interested in with soil-free systems before volunteering any kind of information.

And as we’ve said before, if you can give your friend first-hand experience with a hydroponics system that you run at home, that would be a much more effective way to showcase the best aspects of soil-free cultivation of plants.

Heather Fitzpatrick is someone who enjoys gardening & also teaching others about it. She runs OriginHydroponics.com, a site focused on teaching others how to garden without using soil.