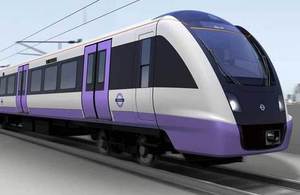 Transport firm Bombardier has been awarded a lucrative contract, worth £1 billion, to provide trains for the London Crossrail project, the government has confirmed. The project has been described as going “beyond a sustainable railway”.

The contract between Bombardier and Transport for London covers the supply, delivery and maintenance of 65 new trains. They will be manufactured and assembled at the firm’s plant in Derby and will support 244 jobs and 16 apprenticeships.

Mayor of London Boris Johnson said, “The Crossrail project is now rolling full-steam ahead. The manufacture of these new trains will not only revolutionise rail travel in London, they will deliver jobs and economic growth in their birthplace in Derby and across the UK.”

The bosses of the project have said Crossrail was leading the construction industry in sustainability. Developers have claimed that over 56% of diesel machinery that will be used on the project has been fitted with emission controlling software to cut greenhouse gas emissions.

The £14.8 billion Crossrail project aims to service London, as the population grows to around 10 million by 2030. The investment will boost London’s rail-based capacity by 10% and the lightweight trains are set to be built with an emphasis on energy efficiency and use intelligent on-train energy management systems. Services are expected to begin towards the end of 2018.