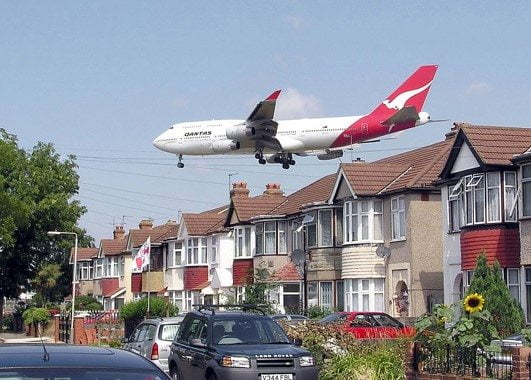 In July 2013, Heathrow submitted three expansion proposals to the Airports Commission. Each involved the construction of a third runway. The Commission’s full report was published in June 2015, confirming a North-west runway and new sixth terminal were the commission’s chosen proposal. The commission estimated the cost of the expansion, £18.6 billion, would be £4 billion higher than Heathrow’s own estimate.

Commenting on airport expansion ahead of a major Westminster rally on Saturday against a third runway at Heathrow tomorrow, Greenpeace UK executive director John Sauven, who will be among the speakers, said: “By greenlighting a new runway ministers will set themselves up to fail on the twin challenge of cutting air pollution and carbon emissions. This double whammy isn’t a price worth paying to allow a minority of wealthy frequent flyers to fly even more at the expense of the majority of us.

“Mass opposition in 2009 led to David Cameron’s statement that a ‘third runway at Heathrow is not going ahead, no ifs, no buts’. Saturday’s rally shows that opposition is back, proof that public opinion remains more reliable than the Prime Minister’s word. There is turbulence ahead. Cameron is on course for a crash landing if he gives the go-ahead to a new runway.

“Gatwick or Heathrow is a false dilemma. David Cameron has a far better option – scrap plans for a new runway and bring demand from a few high flyers under control instead.”