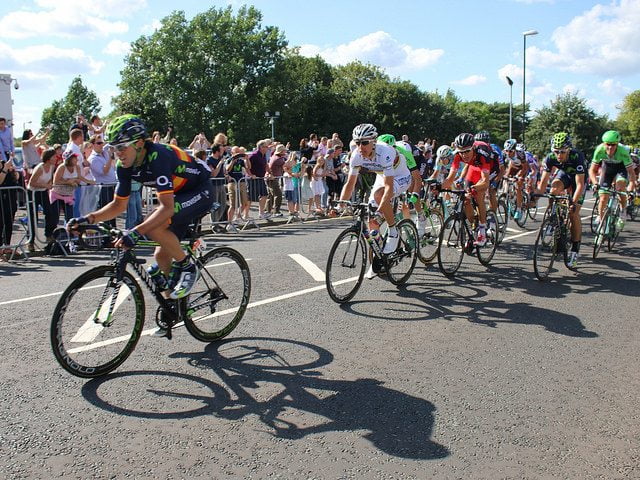 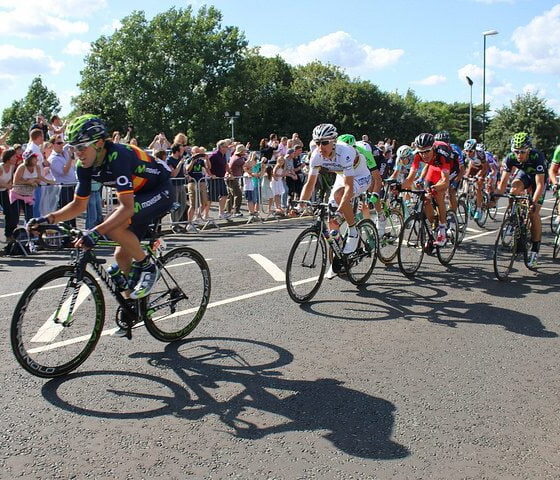 Finishing 19 seconds ahead of Vincenzo Nibali, who finished in third, Lars Boom has won the fifth stage of the Tour de France, which began in Leeds on Saturday. Leeds City Council and the Carbon Trust are currently undertaking analysis that aims to make the event more sustainable.

The weather forced the organisers to close two of the stages, sectors five and seven, shortening the race distance by a 2.4km stretch that included other cobbled surfaces along the Ypres to Arenburg Porte du Hinaut stage.

Froom’s exit, however, came before the first cobbled section after 70km of the race had been completed, alongside seven other riders.

After an impressive performance from Vincenzo Nibali, 2 seconds ahead of Fulsang and 44 seconds from Peter Sagan – the Italian preserved the leader’s yellow jersey.

Spaniard Alberto Contandor, two-time winner, was over a minute behind but lost further ground as his 16 rider group stretched and reformed in a frantic highlight of the race.

Boom retained an admirable lead as the riders exited the last cobbled section, while Nibali enhanced his advantage with support from Fuglsang.

Meanwhile, anticipated results on tests taken by the Carbon Trust and Leeds Council on the environmental impact the Tour de France’s Grand Départ, the opening stage of the Tour, are still being processed.

The test will look at carbon emissions, waste and longer-term legacy impacts such as the shift from motorised transport to cycling.

Hugh Jones, managing director of advisory at the Carbon Trust, said, “The Tour de France is one of the world’s largest sporting events, reaching a worldwide television audience of 3.5 billion in 188 countries, and attracting 12 million spectators each year.

“Through understanding and reducing the environmental impact of the Grand Départ it is therefore possible not just to create a sustainable event, but to have a big influence with fans of cycling around the world.”