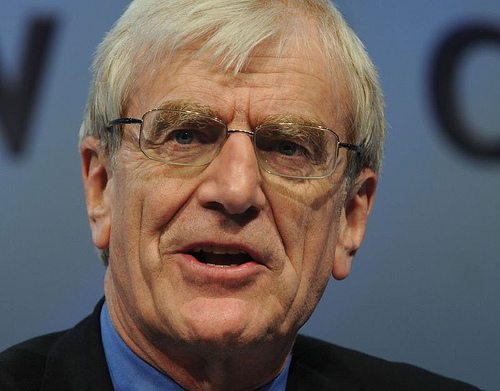 The former director general of the Confederation of British Industry (CBI) has said that the authority on banking standards should not consist of bankers.

As part of his Banking Standards Review, Sir Richard Lambert said the group should not act as a platform for bankers to lobby government and help shape policy.

Instead, he is recommending that members be recruited from outside the banking industry in order to secure its credibility and independence.

The review was launched at the request of the chairmen of HSBC, Barclays, Standard Chartered, RBS, Santander, Lloyds and Nationwide, and Lambert, the former editor of the Financial Times, was selected to conduct it.

Lambert said, “The objective is a measurable and continuous improvement in the conduct and culture of banks and building societies doing business in the UK.

He added,“The credibility of the new body will be built on the independence of its board, and on widespread industry participation. Its first task will be to define standards of good conduct, and to help drive these into all business activities.”

Speaking on BBC Radio 4’s Today programme, he said the concept of self-regulation, as proposed by journalists for their industry, would not be appropriate in the case of the banks.

Commenting on the latest announcement, Matthew Fell, CBI Director for competitive markets said, “Restoring trust in our banking system is fundamental to the future of the UK economy.

He added,“With its emphasis on standards and ethics, Sir Richard’s review is an important piece of the jigsaw to help reinforce a culture change that puts the customer at the heart of everything banks do. Transparent reporting of performance is important so that banks don’t just sign up to these new standards, but live and breathe them”.

This week, the Financial Conduct Authority released data after a Freedom of Information request by the Times which suggested that more than 5,000 bankers and trading staff have been dismissed, suspended or resigned during investigations since the financial crash.

Under British law, it is now illegal to act recklessly whilst holding decision-making responsibilities within any bank.