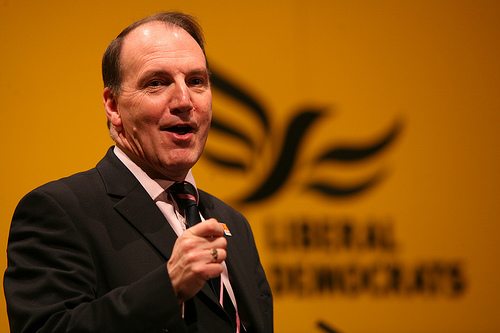 The Liberal Democrats have voted in favour of Britain’s nuclear weapons programme, Trident.

The party’s conference, which is being held in Glasgow, heard submissions from academics, campaigners and politicians, who spoke both for and against the retention of the Trident programme.

Despite rebellion amongst some delegates, the motion to scrap the Trident programme was defeated at a recount after a very close first vote. There were 228 delegates supporting the motion, but a majority of 322 won.

One of the delegates, Mick Taylor, addressed the conference and called for Britain’s nuclear programme to be scrapped, saying, “I’m a Quaker. I’m a pacifist. I don’t want to spend money on war.”

He added that more international disputes should be settled through diplomatic means: “Let’s stop threatening people with annihilation.”

Some however, believe that if Britain was to scrap its nuclear programme, it would become dependent on allies for protection.

Former Lib Dem MP Richard Younger-Ross said, “[We] will end up reliant on America, France and other nations” if Trident was indeed set aside.

The programme, which is often referred to as a nuclear “deterrent”, was also supported by deputy Lib Dem leader Simon Hughes, but he conceded that the scale of the programme should be reduced, calling the Lib Dems a “disarmament party”.