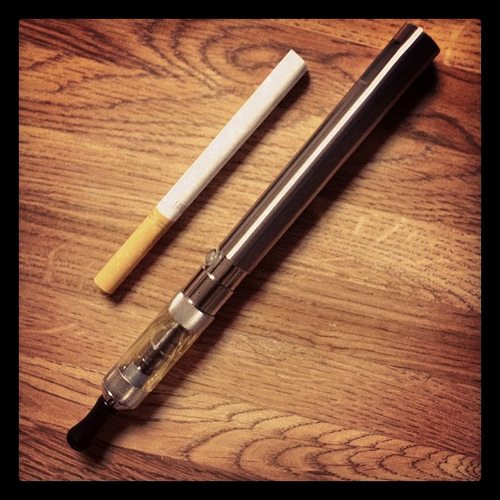 An advertising campaign by e-cigarette firm Ten Motives has been banned because of unsubstantiated claims that the nicotine product is a “healthier smoking alternative” – coinciding with No Smoking Day.

The Advertising Standards Authority (ASA) ruled that the claims in the adverts cannot be fully substantiated, adding that Ten Motives does not have sufficient evidence.

The adjudication follows a complaint made to the ASA about health claims made by the e-cigarette manufacturer on an advertising leaflet. It said its product was the “healthier smoking alternative” and that “you can still enjoy smoking without worrying about the effects on your health”.

Although the ASA conceded that studies over the past three decades have indicated the absence of tar and other harmful chemicals in nicotine products are much better than conventional cigarettes, it said that the two terms used in the campaign were “misleading”.

Between 10 and 15% of smokers in the UK are currently consuming e-cigarette products, but despite the health benefits of using them instead of tobacco-based products, regulators are beginning to clamp down on advertisements and place restrictions on sales.

In directives announced last month, the European Union (EU) proposed changes to the sale and manufacture of e-cigarettes in an attempt to step up safety and quality requirements.

This week, a subsidiary of one of the world’s largest tobacco firms, Imperial Tobacco, launched a legal battle in the US over patents on its e-cigarettes, saying that its competitors had breached copyright laws.

Fontem Ventures, which produces e-cigarettes and recently struck a deal to sell its product in Boots, filed the lawsuit in California. It claimed that it was “protecting [its] intellectual property” and seeking “fair compensation for the infringements of [its] patents”.

The tobacco industry is estimated to be worth around $700 billion (£421 billion) globally, with the European e-cigarette industry worth around €2 billion (£1.7 billion).