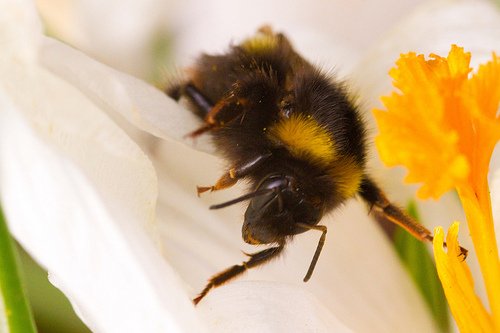 Certain species face disruption of their environment, often with serious consequences for mankind. The question is what, if anything, should we be doing about it? Nick Slawicz investigates.

Human behaviour directly affects both animal and plant kingdoms. The sprawl of humanity – not to mention the need to feed, clothe and house some seven billion people – impacts considerably around the globe. Estimates of the scale of this impact vary, but news coverage continually warns of species becoming endangered as a result of human wastefulness and irresponsibility.

The image of a lone polar bear on a shrinking ice-floe has become photographic shorthand for the environmental cost of climate change. But there are other iconic indicators. For instance, the rising price of traditional fish and chips in the UK is a direct result of cod overfishing in the North Atlantic. Despite efforts to combat this spanning 20 years, cod stocks still haven’t recovered. It’s a hit to our wallets, but an even bigger hit to the region’s marine ecology.

Of course, Atlantic cod and polar bears aren’t likely to vanish completely from the face of the planet, thanks to conservation programmes, fisheries, protective legislation and public awareness. But this protective action only reminds us that we cannot ignore threats of extinction.

The question of extinction is widely debated with regard to climate change. A great many ‘lost species’ turn out to be not lost at all; and, while in 1979 Norman Myers claimed in The Sinking Ark that some 40,000 species become extinct every year, some scientists argue that the figure could be more much lower – 25 species a decade since 1600.

More so than extinction, then, the real damage to ecosystems is likely caused by subtle shifts in the balance of individual species, which in turn affect the surprisingly delicate interplay between species groups. Although a degree of population flux is natural, many ecosystems are now facing dramatic equilibrium shifts with which they are ill-equipped to cope.

Many such shifts are clearly the result of human activity, such as global warming, logging in the Amazon and overfishing of marine stocks. But other shifts, such as those affecting honey bees, are caused more subtly. Do we need a different approach, and, if so, what?

Honey bees might lack the photogenic appeal of polar bears or the immediate impact on human eating habits of Atlantic cod, but their survival has become far less assured over the past few decades. Colony Collapse Disorder (CCD), or Honey Bee Depopulation Syndrome (HBDS), is now a recognised complaint of apiarists and honey farmers the world over.

Although questions about the long-term decline of feral bee populations were raised almost 40 years ago, it wasn’t until 2006 that commercial beekeepers were hit by massive population losses. In each of the next four years, around a third of managed bee populations failed to survive the winter. This constitutes an enormous loss, especially when additional summer losses are taken into account.

A declining bee population means far more than a global honey shortage. Estimates suggest that honey bees pollinate a third of the crops we eat, giving their presence in the agricultural world a value of approximately £26 billion per year.

Likely causes vary. Many place the blame squarely on human shoulders. Global warming can cause flowers to bloom early, thus disrupting yearly cycles; pesticides damage bees’ food sources; and electromagnetic radiation interferes with bees’ navigation. But, while it can seem that every environmental lobby is adopting the disappearance of bee colonies as “proof ” of inevitable ecological disaster with little in the way of hard evidence, there might be another explanation.

A recent joint study by the US Army and academics from the University of Montana in Missoula suggests that bee deaths might be caused by the interaction between a virus and a fungus, both of which need to be present to impact on apian health. This, of course, raises other questions. If CCD is a natural crisis, can an interventionist approach be considered ethical? Should the law of the wild take over?

The simple fact is that, while no one knows for certain what causes CCD, we ignore at our peril the huge ramifications such a seemingly insignificant ecological shift is having on human agriculture and society as a whole. We need a solution that will not only save billions of pounds in lost crops, but will also help to sidestep the dangers of having to adopt new and aggressive fertilising methods to maintain crop yields.

Being green is no longer about a hands-off approach to the environment; it’s too late to leave it as it was before humanity showed up. We must face facts and be practical. Without new agricultural methods, such as those pioneered by Norman Borlaug in the 1970s, up to a billion more people – a sixth of the world’s population – may have gone without enough food. Without conservation programmes many of the world’s most recognised exotic species – mountain gorillas, orangutans, giant pandas and so on – would have significantly lower numbers in the wild.

It seems logical, then, to aim for a solution that benefits both animals and humans. If we as a species can preserve the honey bee whilst ensuring that ingrained farming methods are maintained, it seems clear that intervention – in this case, in the form of developing a fungicidal cure that should help to reduce the CCD crisis – is sensible. As we take pains to enable other species to flourish, we must also intervene for our own sake at times, especially when said intervention helps to keep the balance.

After all, Homo sapiens is a pivotal part of our ecosystem too.