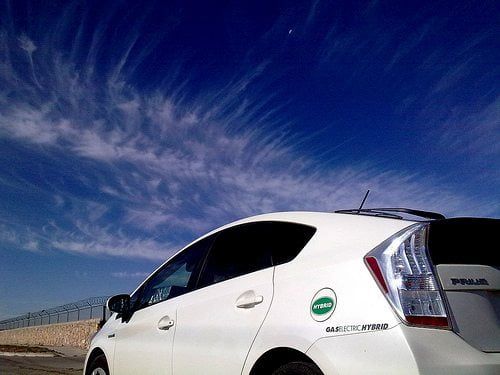 Toyota has recalled 1.9m of its popular Prius hybrid cars, after a software fault in some vehicles led the car to come to a complete and sudden stop whilst driving.

The Japanese vehicle manufacturer announced on Wednesday that it was recalling the model after around 400 separate reports of the error. It stressed that no injuries or accidents had been reported.

The majority of reports came from Japan and North America, but the company has taken the decision to recall 1.9m cars from around the world.

Toyota predicts that the recall will affect 30,790 customers in the UK. It says that the fix is straightforward, though, and that a free software update will take around 40 minutes.

In a statement, the company said, “Toyota has identified through its stringent quality reporting programme that there may be an issue concerning the software used to control the boost converter in the Intelligent Power Module, part of the hybrid system’s inverter assembly. The boost converter is required when driving with a high system load, for example when accelerating hard from standstill.”

The recall is expected to do damage to Toyota’s reputation further after a series of mass recalls in recent years. The latest relates to Prius models manufactured between 2009 and 2014.

The statement added, “Toyota can confirm that this issue will not occur in other Toyota hybrid vehicles, as these use different transistor structures and control logic.”