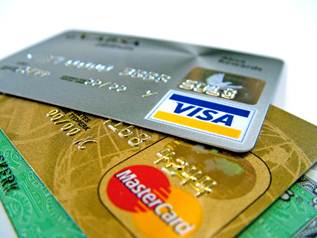 What is ethical when it comes to credit cards, loans and mortgages?

When deciding which bank to borrow money from, it is inevitable to want to know what you will get in return for being their customer, rather than thinking about which bank is doing the best in terms of the environment and ethics.

When deciding which bank to borrow money from, it is inevitable to want to know what you will get in return for being their customer, rather than thinking about which bank is doing the best in terms of the environment and ethics.

Banks are generally thought of as unethical because of whom they are lending to. This can be from lending money to people who they know will not be able to repay the money, to investing in questionable companies.

When we do think about the ethics of banks, we think of cases like Amnesty International campaigning against the Royal Bank of Scotland (RBS) to stop investing in companies that make cluster bombs, which RBS eventually agreed to earlier this year.

The country owes £57 billion on credit cards alone, according to a speech Prime Minister, David Cameron made in September.

As the country is living in the red it is important that banks do not encourage unnecessary spending. The Office of Fair Trading had already cautioned credit card companies in 2002, for misrepresenting their cards to a large number of people, who would not be able to handle the debt they would acquire.

As a result, 28 credit card companies agreed to change the way that they advertised their introductory interest rates. The OFT said they were too easily confused by the APR and “expressed concern that this practice breached consumer law and could mislead customers”.

There is one ethical alternative that has proved popular – charity cards. They are on offer from banks, such as The Co-operative, to brands like Virgin, and even directly from some charities themselves. A spokesperson from the Co-operative Bank says charity credit cards are popular “because they give customers a simple way to donate to charity as they spend”.

A card that raises money for a chosen charity from the moment it is first taken out. From then on it takes a small percentage on everything that is spent on that card.

However, moneysavingexpert.com has slammed charity credit cards, saying there are other cards available that give more to charity. They suggest cashback cards instead of charity credit.

The reasoning is that most charity credit cards give charities 0.25% on everything you spend, which is how The Co-operative Bank’s Think credit cards works, giving 25p per £100 spent. Whereas cashback cards can give more like £5 from every £100 spent, which could then be given to charity.

A spokesperson for The Co-operative Bank says, “The amount given to charity is balanced by the offers made available to customers and is comparable to the cashback offered on the ‘smile classic card’.”

With a credit card, do not take one out if you are concerned about repayments. The greatest part is that when making purchases, a credit card gives better protection than a debit card if something goes wrong.

When it comes to credit cards, there is not only the question of debt to think about, they are made using polyvinyl chloride (PVC), which isn’t biodegradable.

PVC is used in credit cards because it allows the card to survive years of transactions along with the strains of living in back pockets and purses. It also helps that PVC is cheap. The Co-operative Bank, along with Greenpeace, did launch a card in 1998 that was not made from PVC and would biodegrade whilst lasting as long as a normal card, but there have been no such cards like this since.

However, with smartphones becoming more popular – in the UK 27% of adults and 47% of teenagers own a smartphone – there is a move to do banking on them instead, with one of the first to attempt it being Google with Google Wallet.

Loans: “Focus support on organisations we want to see flourish”

Finding an ethical personal loan could be difficult, as even established ethical banks, like Triodos, only offer their full services to businesses.

Will Ferguson, from Triodos, explains that it is about “impact and scale”, as they only have about 80 people working for them in the UK, so instead “focus our support on organisations we want to see flourish”.

Likewise, the Co-operative Bank have got stricter on who they are lending to, excluding companies that are involved in animal testing and ones that cause environmental damage.

Another alternative is the Unity Trust Bank, an offshoot of the trade union movement, which provides banking services to businesses and charities in the UK. Since the economic problems began in the UK, the bank has seen a rise in its loan book, which managing director Kevin Turmore says is “borne out of our socially responsible ideals”.

However, for a more local touch, there are credit unions, a self-help cooperative where a community pools together their savings to provide each other with credit at a low interest rate.

Members of a credit union generally share something in common like living in the same area or working for the same employer. You can see if there is a credit union near you using the Find Your Credit Union website.

Mortgages are likely to be the biggest financial responsibility that an individual will take on in their lifetime, and make up most of Britain’s £1 trillion debt. Although recent figures (September 2011) show that there has been a drop in the number of approved mortgages as households get tighter with what they can afford.

Some green mortgages help to counteract the fact that homes are one of the largest sources of emissions. The Green mortgage that the Co-operative offers makes sure that each year 20% of the emissions from a home are offset. The bank funds several climate change projects on behalf of its mortgage holders, from helping to replant the Kibale National Park to providing Indian farmers with manual pumps to irrigate fields.

Where to borrow from: “Just start thinking about it”

Credit cards, loans and mortgages all contribute towards the country’s massive debt. So the first step would be to check that whatever bank you end up with has a good advice service, if you do encounter problems repaying any debt.

Ferguson from Triodos also suggests that if you are beginner to ethical banking then “one of the main things is to just start thinking about it”. Before the credit crunch only a small proportion of people knew what their bank was doing. Ferguson suggests starting by asking your current bank what they are doing with your money.

If you would like to know more about ethical borrowing ask your financial adviser if you have one, or complete our form and we’ll connect you with a specialist ethical adviser.