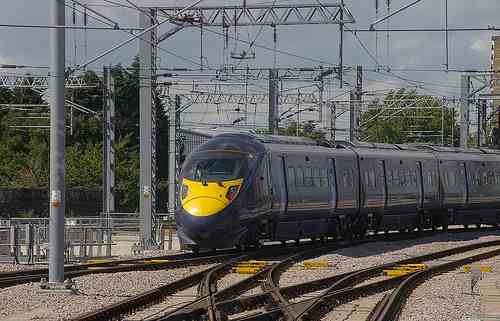 The chairman of the controversial high speed rail project HS2 has said it must be backed by all three main political parties, and that the country desperately needs it.

“I met with the chancellor last week and I said, ‘There’s only one thing I really need on this project: this has to be bipartisan”, he said.

Higgins’ claims comes shortly after the shadow chancellor Ed Balls told the Labour party conference in Brighton that the HS2 scheme should be reconsidered if the costs become too high. He added that there might be other ways to spend the money, for instance by renewing existing lines.

Higgins said that his current role as chief executive of Network Rail made him realise that the country needs a new rail line.

“I think the case to make is ‘what’s the alternative’? Because if we don’t do this, it’s patching up for the next 50 years an ageing Victorian railway system, which is operating at a capacity way over what it was designed for”, he added.

He also said that he intended to be honest to the public about the cost of the high speed project, which will connect London to the West Midlands by 2026, and be developed to include Leeds and Manchester by 2033. Higgins said he is ready to pay high salaries to recruit the best staff for the project.

The HS2 scheme has been criticised because of the potentially negative effects it might have on the countryside, but especially for its cost, which was estimated to have risen from £34 billion to more than £50 billion by the right-wing, free market thinktank the IEA.