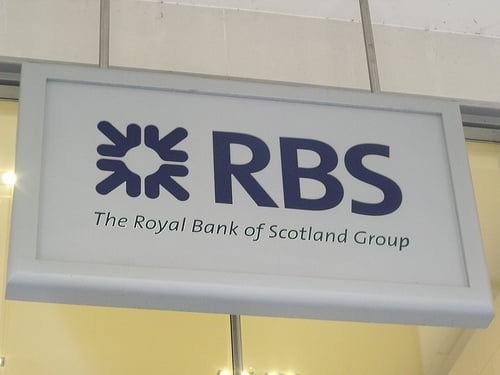 The Royal Bank of Scotland (RBS) is being sued for £4 billion by a group of shareholders angry at the way the bank handled the 2008 financial crisis.

The 12,000 shareholders taking action are said to manage over £200 billion in assets and include charities, church groups, pension funds and private clients.

The four men are accused of seeking to “mislead shareholders by misrepresenting the underlying strength of the bank and omitting critical information from the 2008 rights issue prospectus”.

RBS launched the rights issue in April 2008, offering existing shareholders the opportunity to buy £12 billion of shares in order to shore up its finances during the financial crisis of that year.

These shares dramatically dropped in value amid RBS’ near-collapse, before it was bailed out by the UK taxpayer.

A spokesman for the action group said, “Today represents a giant step forward for the many thousands of ordinary people who lost money as the result of inexcusable actions taken by banks and their directors in the financial crisis.

“Now, for the first time, some of these directors will have to answer for their actions in a British court.”

It was fined £390m for its role in rigging Libor and also recorded a payment protection insurance compensation pot worth £1.7 billion.

Laura Willoughby, chief executive of campaign group Move Your Money, said, “If the bank is found to have misled and mis-sold to investors, it will be the British taxpayer that ends up footing the bill for RBS once again.

“When will banks learn that mis-selling and misleading customers is not an acceptable way to do business?”

RBS has 30 days to respond to the legal proceedings from the action group.