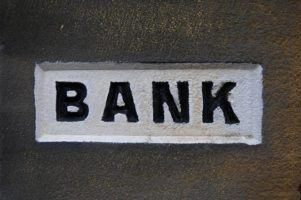 Campaign Launching At The Bank Of England

Due on Wednesday 17th the new campaign will launch with the unveiling of ‘QE isn’t working’ poster outside the Bank of England.

A launch event will mark the start of a new campaign calling on the government and Bank of England to “create money for people, not financial markets”. 80 campaigners will be joined by some of the country’s leading economists at the entrance of the Royal Exchange at 5.15pm on Wednesday.

Just over a week ago, the Bank of England announced the creation of £70bn of new money in an attempt to stave off a recession. In a policy known as quantitative easing, it will use the new money to push up stock and bond prices.

But there is increasing concern that QE has been a major driver of inequality. This was expressed by Theresa May, and has even been confirmed by the Bank of England’s own research [1].

Pressure group Positive Money is launching a campaign for QE to be abandoned in favour of an alternative which doesn’t have the same negative side-effects. It recently coordinated a letter from 35 leading economists calling on the Chancellor to support the creation of new monetary policy tools. Several of the economists will be available for interview at Wednesday’s launch.

Theresa May has warned that QE increases inequality, and yet her Government has just given the go-ahead for the Bank of England to do more of it. This time, we’re not going to stand back and watch this happen.

“There are better ways of stimulating the economy without the toxic side-effects. Bank of England money could be used to finance a cash transfer to households, infrastructure spending or house-building. We’re calling on the Chancellor to abandon QE and allow the Bank of England to create money for people, not financial markets”.